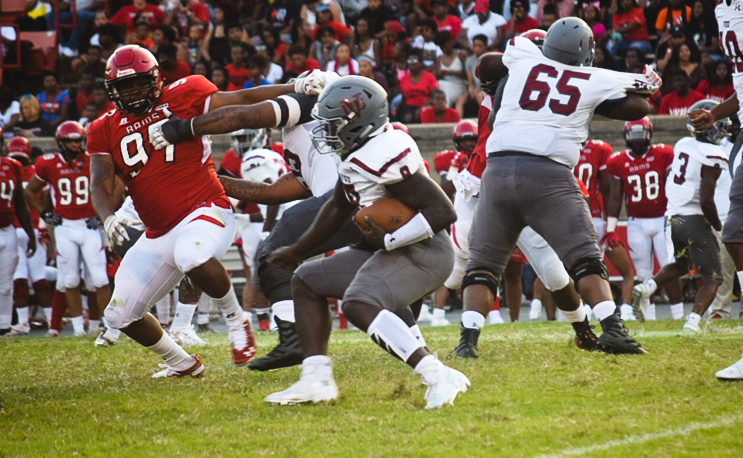 Tabyus Taylor had another huge week against ECSU as the VUU star continues to shine.

Tabyus Taylor wasn’t getting a lot of buzz outside of Richmond heading into the season, but as it comes to a close he certainly has the CIAA’s attention.

The sophomore from Hopewell, VA had a big day in Virginia Union’s 53-0 win over Elizabeth City State on Saturday. Taylor rushed for 231 yards, including an 80-yard run, and four touchdowns in the route. His efforts earned him the CIAA Offensive Back of The Week on Monday.

It’s been a banner year from the bruising back. He’s rushed for a league-high 1,238 yards with a chance to add to his total Saturday against rival Virginia State. Saturday was his second 200-plus yard rushing game on the season, as he also eclipsed that mark in VUU’s ridiculous 90-0 win over Lincoln early in the season.

He’s also been a touchdown machine. He’s rushed for three or more scores in five of the Panthers’ eight games so far this season, bringing his season total to 19 on the season.

Everything goes through him

Not that we should be suprised. Taylor originally signed with Virginia Tech out of high school, but didn’t qualify academically. He ended up at prep school and eventually at VUU. He rushed for 389 yards and two scores last year, but has been the go-to-guy for new coach Dr. Alvin Parker.

“Everything we do kind of goes through him, and he makes it happen,” Parker said after VUU’s win over WSSU in September. “He’s one of those kids that wants the ball every time.”

VUU will need him to come up big again this week as it faces rival Virginia State. A win plus a Bowie State loss puts VUU in the CIAA Championship Game.