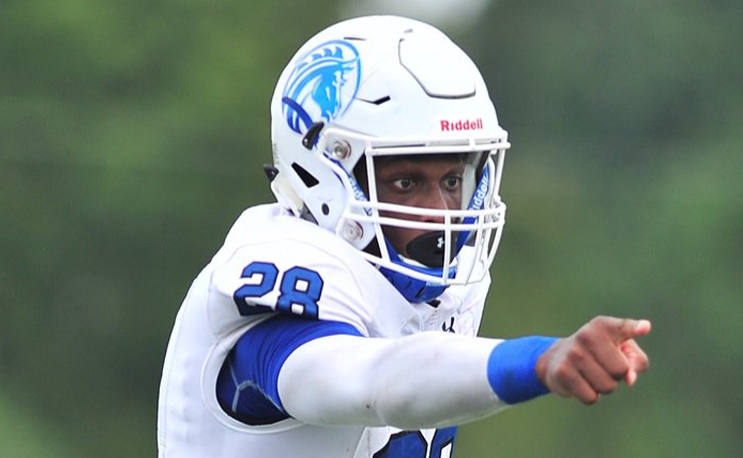 Fayetteville State will represent the CIAA South in the conference title game on Nov. 10.

There won’t be any suspense in the CIAA Southern Divsion heading into the final week, for once.

Fayetteville State pummeled Livingstone 45-7 on its homecoming, while Shaw knocked off Winston-Salem State on its homecoming in Durham 26-21. The two games hand FSU the crown as even a loss to WSSU next week would keep FSU with the top record in the divison.

The Broncos jumped out to a 21-0 first quarter lead and never looked back, holding the Blue Bears scoreless until Wynton Parris hit Anthony Faraimo for a 22 yard score early in the fourth quarter.

Collyn Anderson threw three touchdown passes, including a 51 yard bomb to Johnny Glaspie in the fourth quarter to end the scoring. Anderson completed 13 of 21 passes for 280 yards and Glaspie came up with a touchdown on the ground as well.

WSSU and Shaw had several momentum swings in the game.

The first half belonged exclusively to Shaw, as it used a 20-play, 94 yard drive to take a 7-0 lead on a touchdown pass from Keon Marsh to Daniel Bender. WSSU freshman quarterback Dominique Graves was picked off by Kevin Sherman who returned the ball 82 yards for a score to take a 14-0 lead at halftime.

WSSU would scored 14 in a row to tie the game before Marquise Gorham caught a four-yard score that put Shaw up 20-14 after the missed PAT.

The two teams traded touchdowns in the fourth quarter, with WSSU briefly taking a 21-20 lead before Marsh hit Gorham for a 25 yard score to give his team the five point lead. WSSU’s last drive stalled on fourth-and-eight, giving Shaw the win.