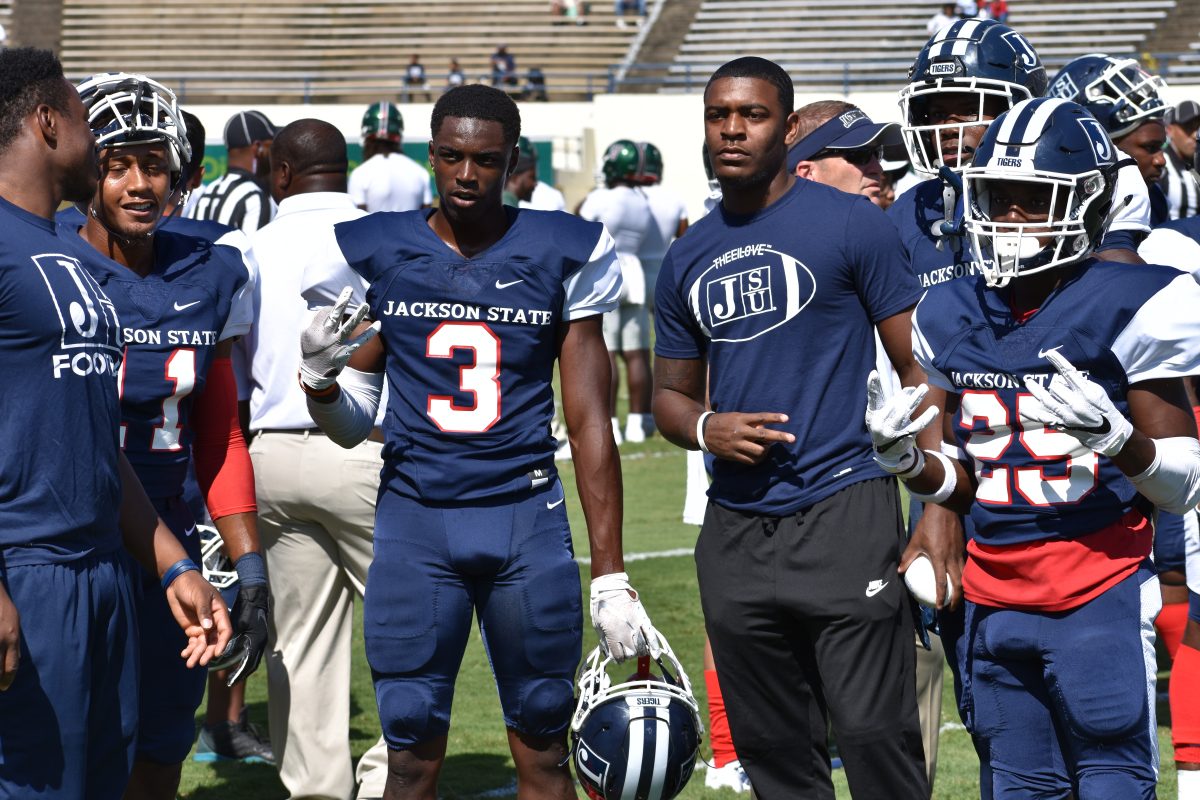 The Boom and the Jukebox to face off in Mumford with some football, too

When Southern and Jackson State get together its drama in the stands and on the field. This game should be no different.

When one talks about football at Historically Black Colleges and Universities, football will never just be about the “x’s” and “o’s” on the field. The game will not simply be about which team won on the field and how they managed to do so.

HBCU football, specifically in the SWAC, brings with it a rich heritage and culture around the game that includes days of tailgating, jaw-dropping performances between bands battling back and forth and fans for their respective schools talking smack about how their school will own the bragging rights for the season.

All of that and then some is what you will get when Jackson State and Southern battle in the 64th BoomBox Classic Saturday evening at Ace W. Mumford Stadium. There will be a game (competition) on the field and a competition in the stands.

Southern University’s Human Jukebox – known for its brassy, loud sound that will leave your ear drums ringing and your mouth open in shock as the melodies from their songs flow in harmony – do not have much love for Jackson State’s Sonic Boom of the South – one that has always solidified its place over the years as the “quintessence” of bands and proved itself as one of the top tier HBCU bands in the country every year.

And when the two bands battle before the game, during the game and after the game, it will be a performance that you will not believe.

While the bands perform, the competition will remain fierce as well. Southern (4-3, 3-1) and Jackson State (3-3, 2-1) are no strangers to each other in the SWAC. Over the years, the two teams have met 63 times – whether in regular season games or SWAC championships – with Jaguars leading the all-time series 34-29.

More recently, SU has had its way with JSU, winning the last five games in the series that includes a 35-17 win over the Tigers on the road in 2017. For Tigers third-year head coach Tony Hughes, it will be his first time coaching his Tigers in the unfriendly confines of Mumford Stadium in Scotlandville, a community just north of Baton Rouge.

While Southern looks to be the favorite on paper, the Jaguars could be in for a tough game. The last time JSU defeated Southern came in 2013 when the Tigers forced the Jaguars to turn the ball over on downs inside the 10-yard line with minute left in the game to win 19-14. Beyond the 2013 matchup, in the last 11 games between the two teams, Jackson State has beat Southern five time, with four of those victories coming at Mumford Stadium.

Some of the best JSU quarterback performances within the last decade – Tigers’ Jimmy Oliver (2007), Casey Therriault (2011) to name a few – have left SU fans disappointed when the Jaguars lost.

On Saturday, the fierce rivalry will be renewed and another chapter will be written in the books. Southern enters the game atop the SWAC West standings and is coming off a 21-7 win against Texas Southern a week ago. It wasn’t best outing on the field for the Jaguars as they committed two turnovers, six penalties in the game for 75 yards, dominated in time of possession by nearly nine minutes, and struggled to convert in third-down situations
(going 4-of-12).

For Jaguars head coach Dawson Odums, he will look to change that against the Tigers. Southern ranks eighth against conference opponents in scoring offense (22.8 points per game), seventh in total offense (341.3 yards per game), fourth in rush offense (204 yards) but 10th in pass offense. Despite their last outing, the Jaguars are first in converting in third-down situations (44.3 percent).

Jaguars quarterback John Lampley leads the team in passing, throwing for 691 yards and eight touchdowns. However, against Texas Southern, quarterback Ladarius Skelton – who has played in six games and thrown for 242 yards and a touchdown – got the nod but went 8-for-24 for 74 yards and one interception.

Southern’s defense ranks first against conference opponents in scoring (allowing 13.5 points per game to its opponents), second in total defense (340 yards allowed per game), fourth in rush defense (143.3), sixth in pass defense (196.8) and first in interceptions.

A win for either team earns them bragging rights for the remainder of the year. And while a loss would go down as a loss in conference play, both teams will still be in the hunt for a chance to play in the SWAC Championship game as JSU will look to keep up with Alcorn State and Alabama State in the SWAC East and Southern will look to hold down the fort in the SWAC West.

Get up, it's #GAMEDAY from Baton Rouge! Jackson State travels to rival Southern for a 6 p.m. kickoff.

The Boom and the Jukebox to face off in Mumford with some football, too