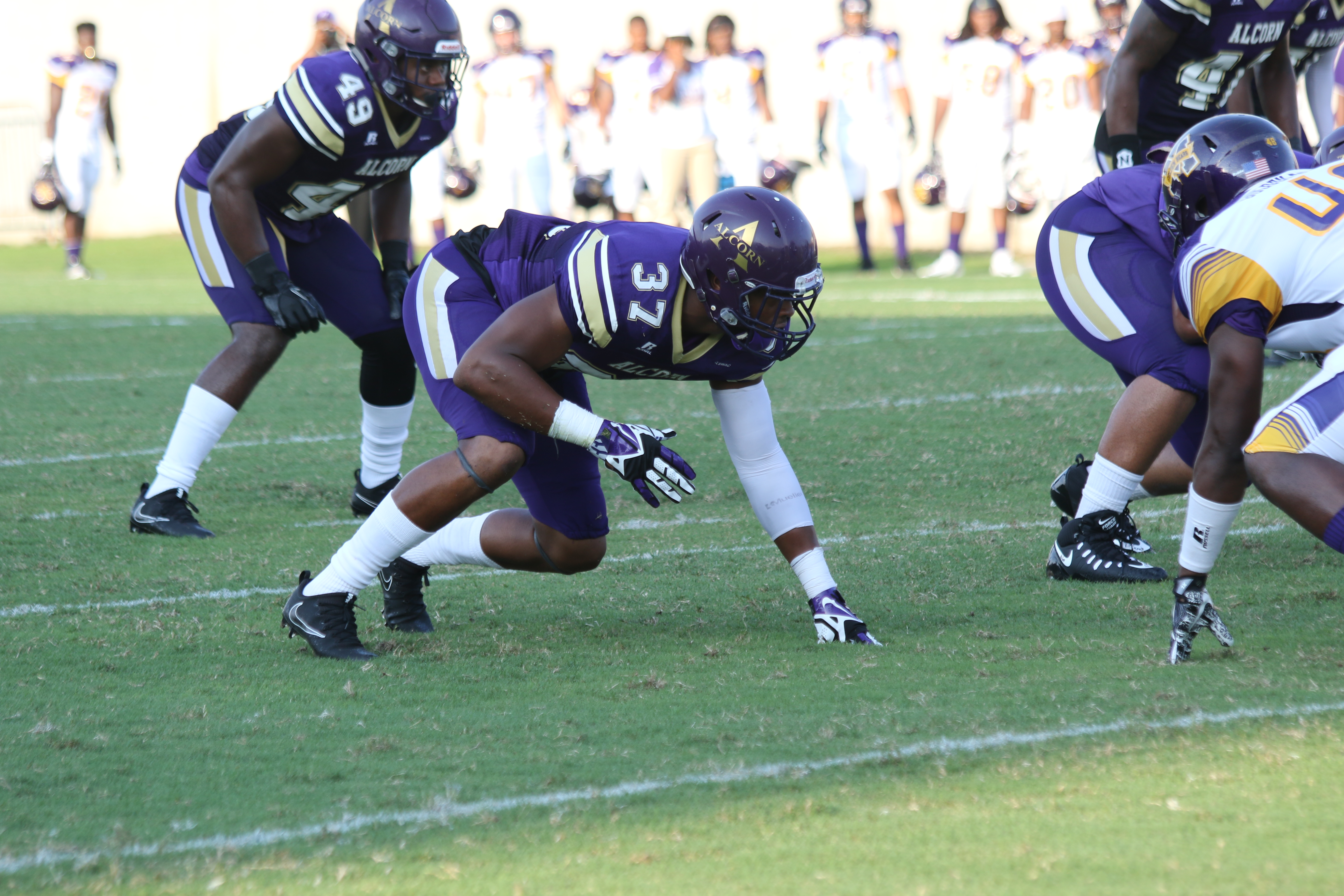 Alcorn State’s pass rush is second to none in the FCS and Terry Whittington is a big reason why.

Alcorn State flexed its muscle during a big win over Grambling State and no one flexed more muscle than Terry Whittington.

The defensive lineman turned in an all-around game for the ASU defense on Saturday the 33-26 win at home. The Cooper City, Florida native notched career-highs of 15 tackles, 6.0 tackles for a loss, 4.5 sacks and a forced fumble. His efforts earned him SWAC Defensive Player of The Week

Whittington nearly overtook Bryan Mix’s record of five set back in 1995. Overall, the Braves amassed eight sacks on the day and picked up a crucial win in the SWAC. The Braves had lost to the Tigers in each of the previous three regular-season matchups and the last two SWAC Championship Games.

ASU’s pass rush has been deadly this season, leading the nation in sacks per game (4.5) and tackles per loss (9.5) per game.

Dejerric Bryant turned in the best performance of his Delta Devils career Saturday, rushing for 174 yards and three touchdowns on 23 attempts in leading Valley to a thrilling 48-47 win over Arkansas-Pine Bluff in Mississippi Valley State’s Homecoming Game.

The transfer from Holmes Community College also completed 11-of-19 passes for 117 yards. Bryant saved his best for late, as he led the Delta Devils back from a two-touchdown deficit in the fourth quarter. His 43-yard touchdown run with 1:31 left in the game gave Valley a 34-27 lead – the team’s first lead since the second quarter. In the second overtime session, Bryant needed just two plays – a run of 15 yards and a touchdown scamper of 10 yards – to lead the Delta Devils to the game-winning score, and the team’s first win of 2018.

SWAC Specialist of The Week

Orozco had a record-tying game despite Grambling State’s 33-26 loss to Alcorn State. The senior collected 14 points (four field goals and two extra points). The Denton, TX native entered the day 14 points shy of tying the GSU and SWAC All-Time mark in points scored and he matched that with a field goal in the fourth goal. He also booted a career-long 52-yard field goal in the first quarter. Orozco will break Brian Morgan’s GSU and SWAC mark next weekend against Arkansas-Pine Bluff with either a field goal or extra point.