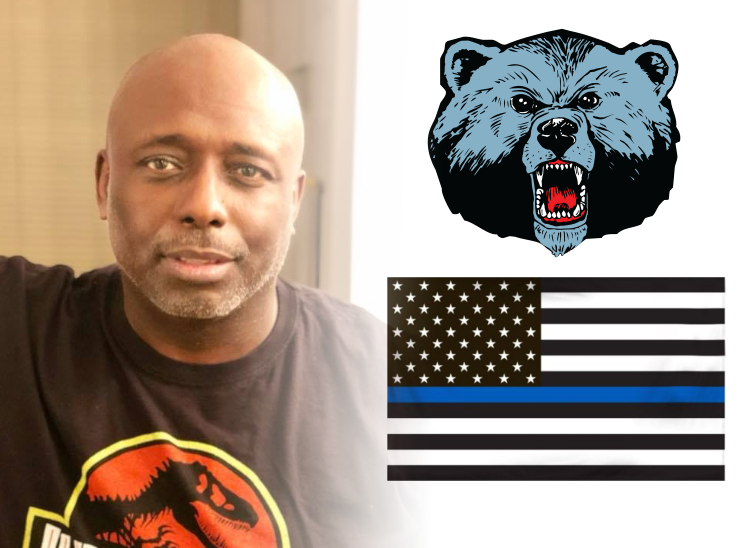 Terrence Carraway will be remembered during homecoming weekend in Salisbury.

Sgt. Terrence Carraway, the police officer who was murdered in the line of duty in Florence, South Carolina on Oct. 3, was a member of the Livingstone College football team in the 1980s.

Livingstone announced on Thursday that Carraway was a student at the Salisbury, North Carolina campus from the fall of 1984 to the spring of 1985. The school’s yearbook, the Livingstonian, shows that Carraway was a member of the football team that season wearing number 45.

“It was clear that he was proud to have attended Livingstone College,” Livingstone President Dr. Jimmy R. Jenkins said. “We’ve already heard from alumni who knew him while he matriculated here. This is our homecoming weekend, and we intend to pause throughout our events to reflect and honor the braveness of this veteran law enforcement officer, this fallen Blue Bear.”

Officer Carraway was one of seven officers shot by a gunman in Florence County, South Carolina on Wednesday evening. Carraway was on his way home for the evening when he responded to an urgent call for backup.

Frederick Hopkins, a 74-year-old man is alleged to have opened fire on officers when they attempted to execute a search warrant.

The call for backup came on Wednesday evening during a two-hour standoff that began when deputies attempted to execute a search warrant. Carraway, 52, was a 30-year veteran with the Florence Police Department.