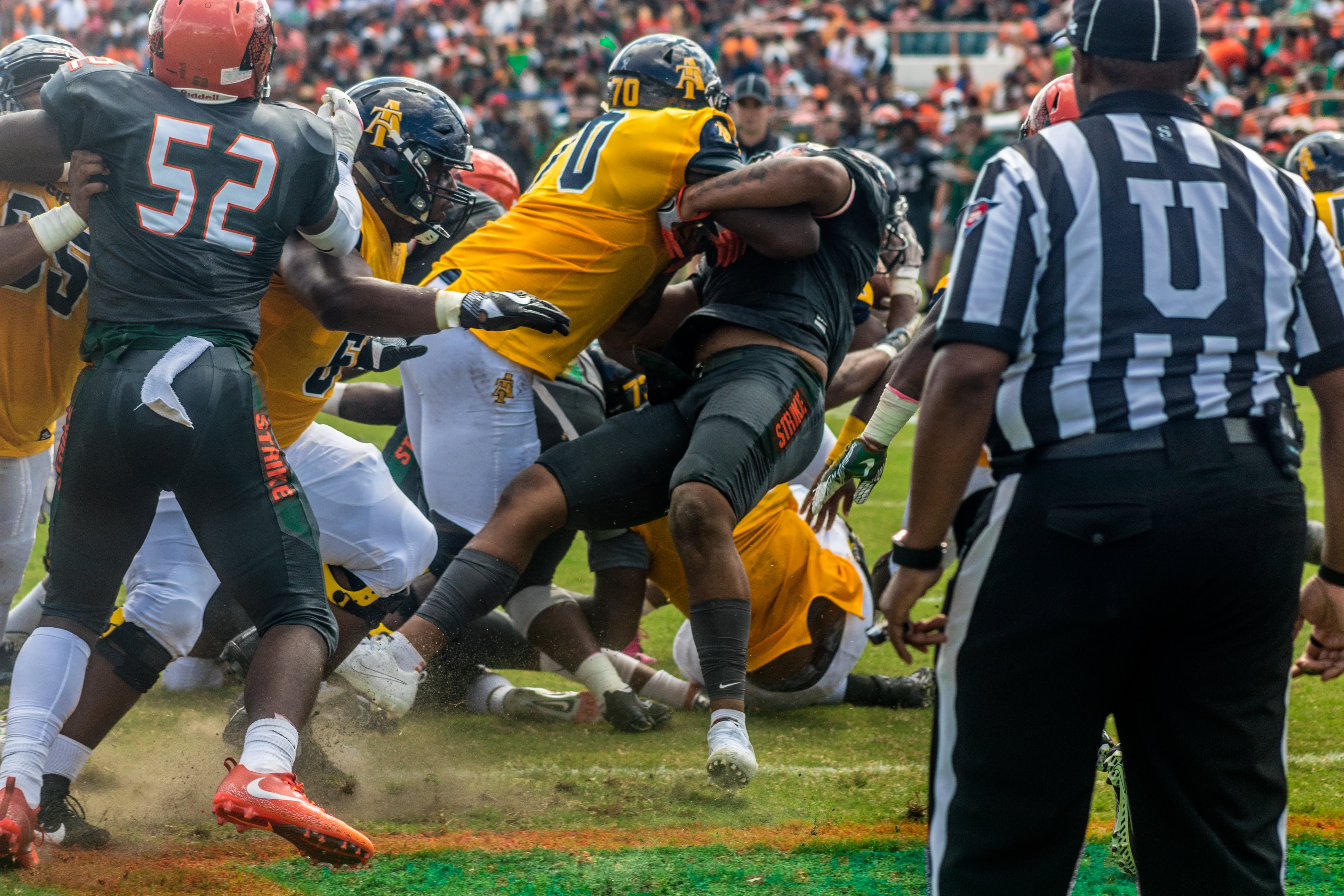 The former A&T left tackle steps in for Donald Penn after he suffered a groin injury.

Brandon Parker got an early start to his career after veteran right tackle, Donald Penn, suffered a groin injury during the Raiders game against the Browns.  Parker had previously just been playing on special teams, but finally got an opportunity to get some offensive snaps last Sunday.

“The nerves come in the days leading up to a big game,” Parker said via NBC Sports. “Once you get in there, your nerves just go away. I’m amazed at how that happens. I knew I had to ball. I just went out there and did it.”

Brandon Parker will be the Raiders’ new starting right tackle. So two rookie tackles for Jon Gruden and Derek Carr.

Although his performance wasn’t perfect, he would get many more opportunities as he was named the starter for the Raiders in the upcoming game against the Chargers. It’s a big opportunity for the big right tackle from a small school. Parker played on the left at A&T, so Penn has played an essential part in Parker’s switch to the right side.

“As I’ve been taking more reps on the right, he has been watching me closely and working on my sets,” Parker said. “He has been a great resource, and certainly was (against Cleveland). He was on the sideline giving me scouting reports and pointers whenever I came off the field. He was with me the whole time.”

The Raiders are currently second in total offense in the NFL, however, they are just a middle-of-the-road rushing team. They rank 16th of 32 teams with an average of 108.8 yards per game. Parker will look to help the team improve those numbers while keeping quarterback Derek Carr off the ground.