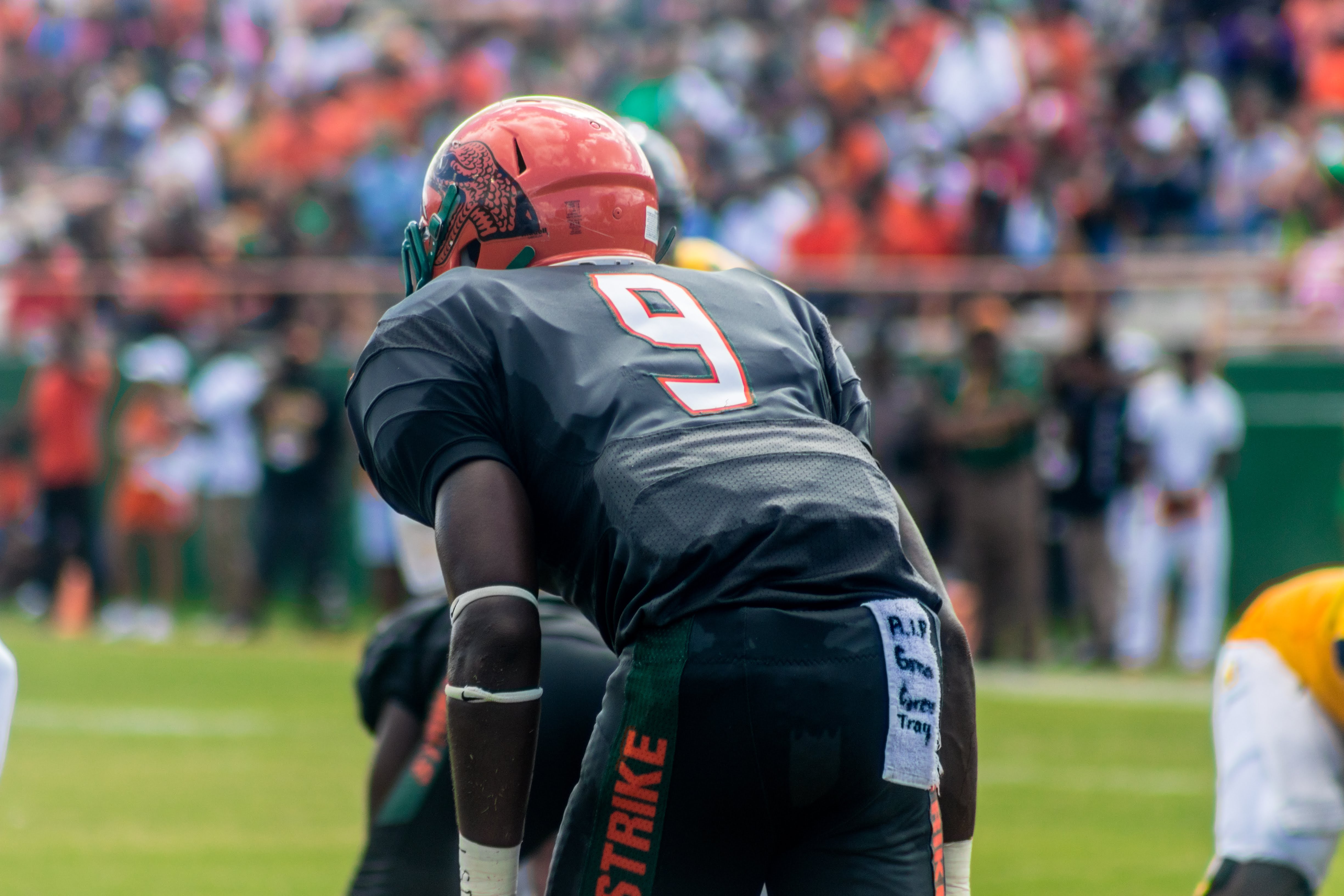 Yes, you read that correctly.

It was an uncharacteristic margin of defeat for the Eagles who are starting 0-1 in the MEAC for the first time since 2015.

The Eagles started off strong with an early 13-yard touchdown pass from junior quarterback Naill Ramadan to junior Jordan Freeman putting the score at 7-0. Florida A&M would respond quickly when sophomore quarterback Ryan Stanley threw a 43-yard strike to wide receiver Marcus Williams for the touchdown, bringing the score to 7-7 with 11:29 left in the first quarter.

After a fumble recovery by Florida A&M, Stanley completed another long pass, this time to freshman wide receiver Chad Hunter for a first and goal at the Eagles 4 yard line, but they would have to settle for a 21-yard field goal after Stanley’s pass was batted down.

After a lackluster drive from Central, momentum was just not on their side as the Rattlers blocked their punt attempt and recovered in the end zone for another touchdown, bringing the score to 24-7 with 3:35 left in the quarter.

Midway through the second quarter, Rattler running back Bishop Bonnett made a 69 yard run for a first down to the Eagles six-yard line. That set up a touchdown pass but it was called back after a penalty. That didn’t affect the Rattlers however as Stanley completed his third touchdown pass to Chad Hunter for 21 yards.

The Stanley-Hunter duo would prove to be too much for the Eagles as they connected again for a 10-yard touchdown with six minutes left in the half.  The Rattlers would extend the score to 41 with a field goal before the end of the half.

After halftime, the Rattlers kept the momentum going, scoring on the first play of the second half.  Running back Deshawn Smith set up the score with a 61-yard run and running back Azande Rey was able to push through the Eagles defense for the one-yard score.

Midway through the third quarter, North Carolina Central put in sophomore quarterback Chauncey Caldwell in an attempt to put some spark back into the offense,  but the Eagles stalled and had to punt at their own 30 with 10:38 left.

Late in the third quarter, the Eagles put in another quarterback, freshman Dominique Shoffner. This seemed to put some spark into the offense as his pass to Jordan Freeman turned into a 61-yard run to the Florida A&M one-yard line. Freeman would then score and give the Eagles their first touchdown since the first quarter.  The Eagles started to gain a little bit of momentum after Shoffner connected with Ryan McDaniel on a 51-yard pass. However, that momentum fell flat after Shoffner threw an incomplete pass, attempting to convert on 4th and 6.

When second-string quarterback D.J Phillips entered for Florida A&M it was the universal sign that the game was pretty much over. Florida A&M would prove that when Phillips scored a four-yard touchdown, making the final score 55-14.

Ryan Stanley played an exceptional game, going 13 for 18 with 254 yards passing and four touchdowns. Chad Hunter, his go-to receiver for the majority of the game, had seven receptions for 135 yards and three TDs.  Deshawn Smith also got some of the love with 20 carries for 152 yards.