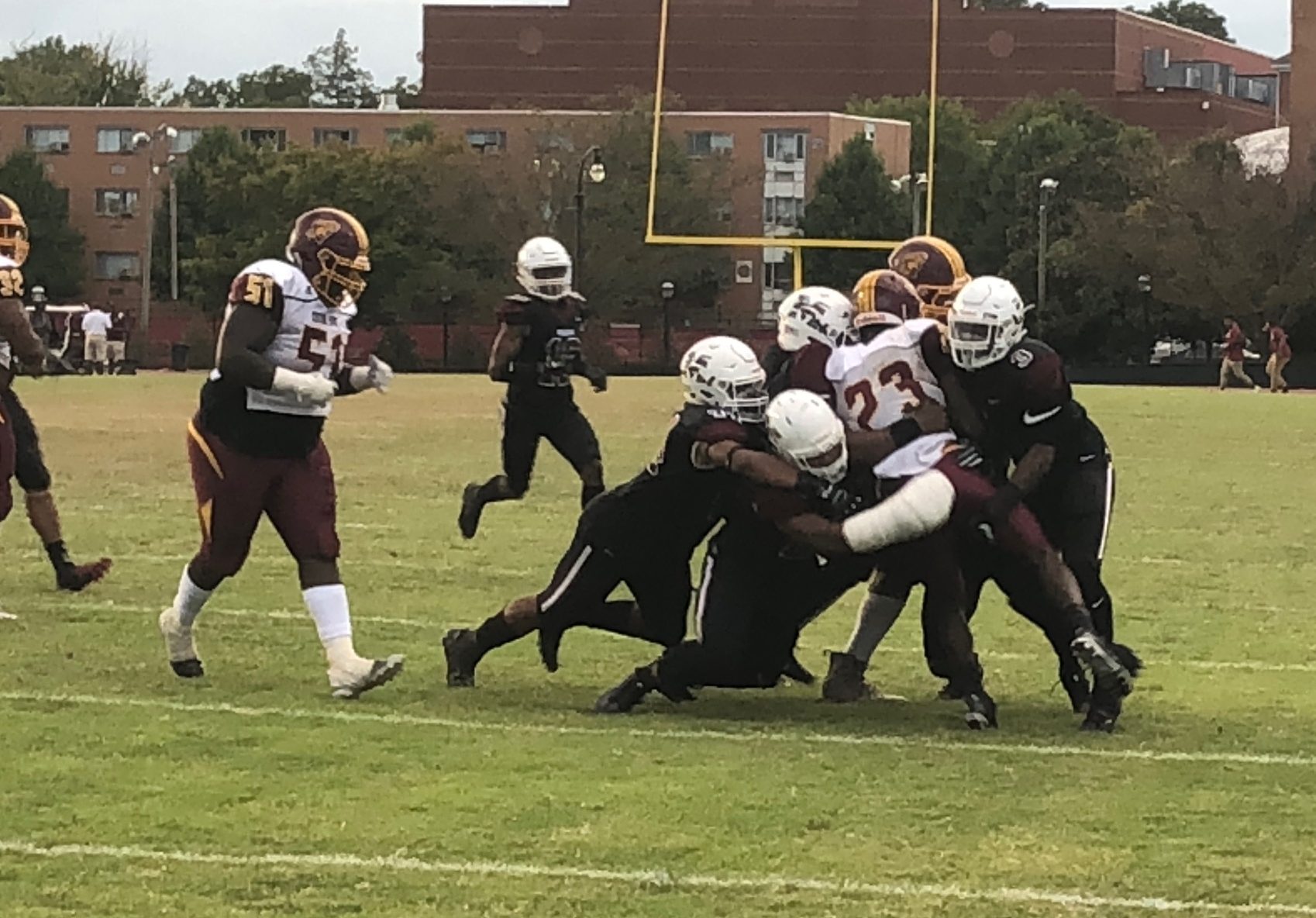 Is Morehouse Football for real in the SIAC?

Maroon Tigers on fire one month into the season.

ATLANTA–The Morehouse football team is on the uptick and the question now is how long can it last?  The Maroon Tigers won three of their first four SIAC games last season before a close overtime loss to Tuskegee sent the season into a tailspin.

This year the football team seems to have absorbed some of the magic from the Morehouse basketball team. The Maroon Tigers are 4-0 and the only unbeaten team remaining in the SIAC. They lead the conference in scoring at 35 points per game. They, along with Tuskegee, are the only two teams in the top three of scoring offense and defense in the league. Morehouse is allowing just 21 points per game, trailing the Golden Tigers and Central State.

Coach Rich Freeman has preached “Fast, Hard and Smart” for the last few seasons, and that mantra has finally turned into results. This weekend’s game against Kentucky State, however, has all the markings of a trap game. The Maroon Tigers are coming off a last-second win against rival Miles College in Chicago. No one would fault the boys for riding high around Southwest Atlanta this week, and overlooking Kentucky State could clip their wings.

Here is a video of the play. Taken by @DreadheadFilms pic.twitter.com/BW6Z7HQXnd

Unless of course, they continue playing the same way they have the last four weeks. Heading into this weekend Morehouse has the number one rushing attack in the conference, averaging 202 yards per game. Santo Dunn carries the load for the running game averaging 106 yards per game.  No one does it better in the passing game either. Quarterback Michael Sims is tops in the SIAC at 219 yards per game, just ahead of Fort Valley’s Slade Jarman.

The most dominant stat is Morehouse’s ability to protect the ball while ripping it away from opposing offenses. They are +8 in turnover margin so far this year, the closest competition in the conference is at +1. The Maroon Tigers have forced five fumbles and five interceptions versus having thrown two interceptions all year with no fumbles.

Theoretically, Morehouse shouldn’t have any issues with a winless Kentucky State team unless they really mail it in. The game of comeuppance this year should be the Tuskegee/Morehouse Classic the following week. Even at media day this year players were still lamenting last year’s loss as one that still hurts. Morehouse was one third-down conversion away from being able to run out the clock and maybe contend for a conference championship. Instead, it was the beginning of a hangover that resulted in four straight losses.

If this is indeed going to be the year of Morehouse the next two weeks could elevate them as the uncontested front-runners.

Is Morehouse Football for real in the SIAC?