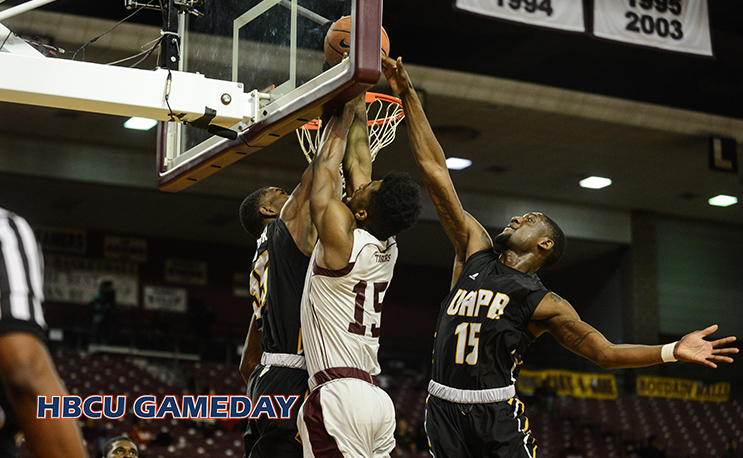 All good things must come to an end, and for Texas Southern that meant its home winning streak won’t go any further than 27.

Arkansas-Pine Bluff put that streak to rest on Monday night when it came away with a thrilling 74-72 win over the defending SWAC Champs in Houston. Texas Southern had not lost at home in nearly three years, since rival Prairie View came away with a 58-55 win on Feb. 7, 2015.

The final minute of the game was a frantic one as UAPB tied the game on a clutch 3-pointer by Martaveous McKnight. He was also fouled, which led to a technical foul, turning his shot into a rare five-point play and give his team a two point margin with 2.8 seconds left.

Lamont Walker’s hail mary attempt fell short and just like that, TxSU’s streak was over. But the action was not.

Texas Southern coach Mike Davis charged on to the court after the final buzzer, making sure officials knew he wasn’t pleased with the no-call on his player as he practically escorted them off the floor.
Davis’ outburst signified the type of season its been for TxSU so far, especially in January.

<h2> TxSU in a slump </h2>
The loss was the third in four games for the Tigers, who were again playing without leading scorer Trae Jefferson. Jefferson, the eighth leading scorer in the NCAA, has been suspended indefinitely.

Derrick Bruce (25 points) and Donte’ Clark (21) had strong games but none of their Tiger teammates scored more than seven points.