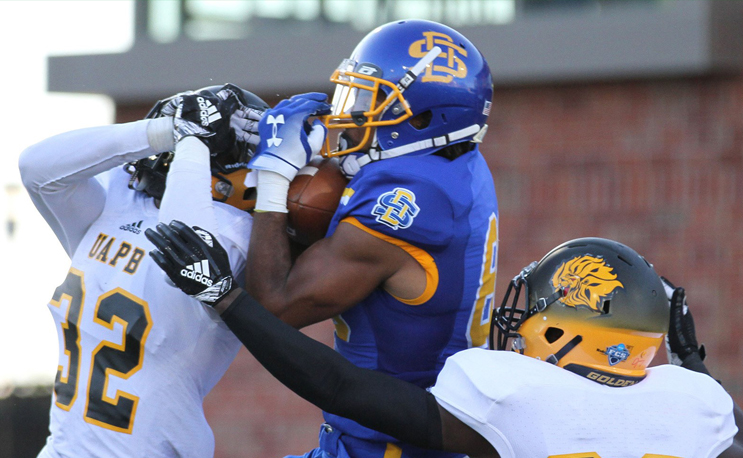 All HBCU blowouts are not created equal

Blowouts in college football are not uncommon, especially in HBCU football at the Division I level. And Saturday had its share of them as Arkansas-Pine Bluff, Alabama State and Alabama A&M all got kicked soundly in Week Three blowouts.

Alabama A&M was beat 63-7 by Cincinatti, who scored on its first five possessions and had a 42-0 lead by halftime.

“We ran into a buzz saw,” AAMU head coach Connell Maynor said. “That’s a very talented (Cincinnati) team. It’s a team that’s going to be very successful this season. There were a lot of tough matchups for us.

Of course, Cincy is an FBS squad while AAMU is trying to get out of the SWAC basement. So the margin of victory there wasn’t unexpected. While North Carolina A&T’s win over East Carolina and other victories over the past couple of years have made it to the point where its not a given at an HBCU will lose to FBS school, its still the usual outcome.

UAPB and ASU’s losses, however, speak more to the current state of SWAC and HBCUs when they play FBS schools. ASU lost 62-13 to Kennessaw State while UAPB bowed out 90-6 to South Dakota State.

Both Kennessaw State and SDSU are fellow FCS members, meaning that they both have the same 65 scholarship maximum as their SWAC counterparts. Despite that fact, every player on the SDSU roster saw action against UAPB, some thing that hardly ever happens in a college football game. The gap between the teams was so big that SDSU only needed five offensive plays to score its first three offensive touchdowns, and racked up 960 yards of offense.

I’m disappointed in how I managed the game,” South Dakota coach John Stiegelmeier said after the game. “I should’ve slowed it down earlier. I apologize to Arkansas-Pine Bluff and coach (Cedric) Thomas. I could’ve been a better football coach tonight.”

Since both these matchups were within the FCS divsion, there don’t appear to be any guaranteed payouts that are the norm when playing up against FBS competition. You never want to see an HBCU get manhandled like that, but if they do, it should at least benefit the program in the financial arena.

ASU and UAPB got money game losses without the big money check that comes along with it and showed why the gap from the bottom of the MEAC and SWAC to the top of the FCS is so wide. A&T didn’t just start winning games against UNC-Charlotte and East Carolina overnight. It started by competing against a decent, nearby FCS opponent in Elon, working its way up to competing against the Coastal Carolinas of the world and eventually getting to the point where it could beat a Jacksonville State.

Perhaps schools who are struggling to compete against their own conference competition should start small and save the beatdowns for a big payday.


All HBCU blowouts are not created equal