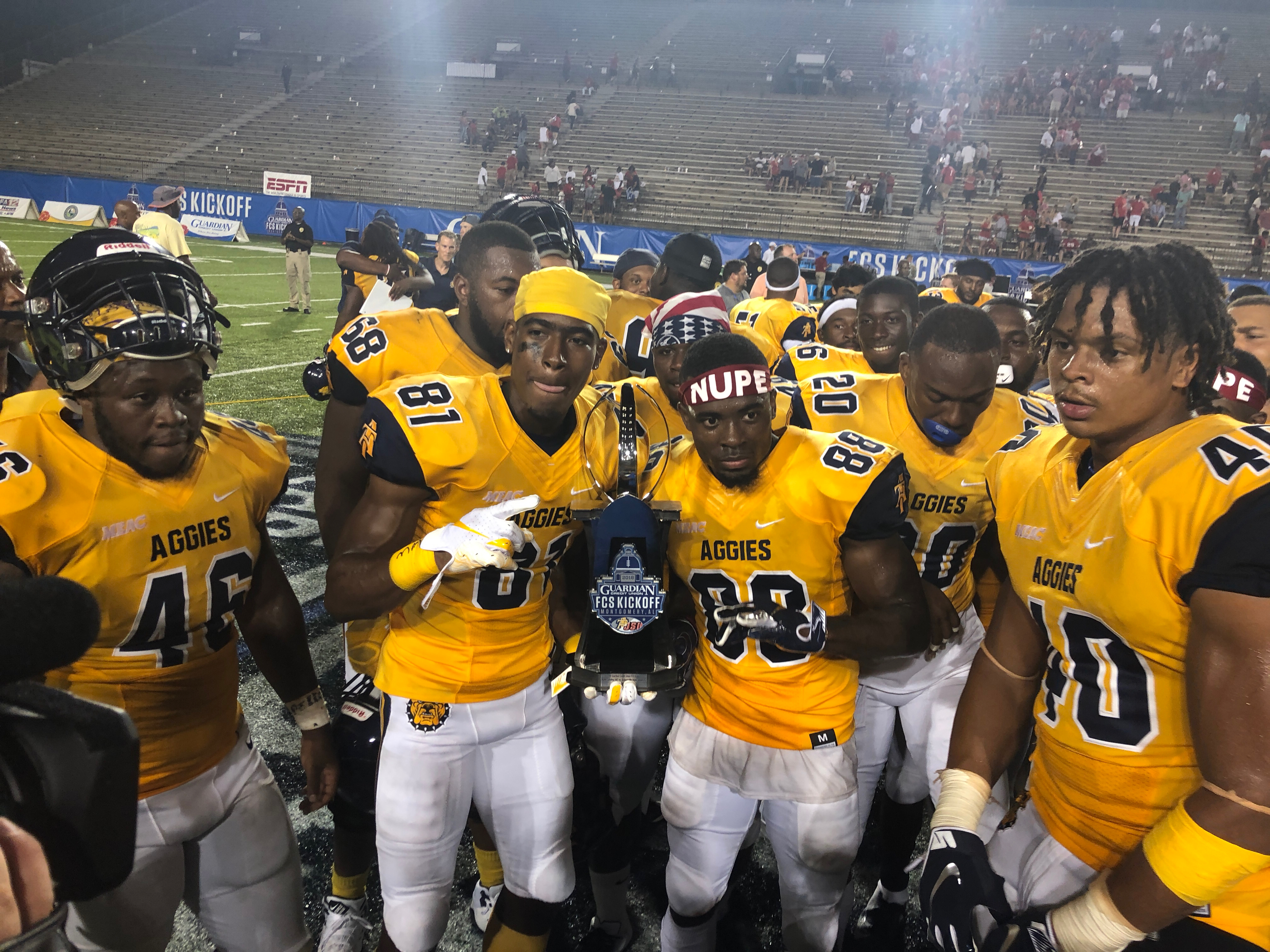 North Carolina A&T shows it can compete with the top of the FCS with a gritty win over Jacksonville State.

MONTGOMERY, AL- It wasn’t pretty. At times it was downright ugly. But in the end, North Carolina A&T showed the FCS world it is one of the best teams in the nation.

A&T kept its win streak alive with a 20-17 win over Jacksonville State. The defending MEAC champs sealed the game on a forced fumble with 17 seconds remaining.

Quarterback Lamar Raynard threw two touchdown passes for A&T, one in the first quarter and another in the third, improving his record as a starter to 27-0. He completed just 12 of his 34 pass attempts and was picked off once, but his team picked up yet another victory.

The win was the 13th in a row for A&T who hasn’t lost since the first round of the 2016 FCS playoffs. It starts the season 1-0 and will look to win a game against an FBS opponent for the third consecutive year next year when it takes on East Carolina in Greenville.