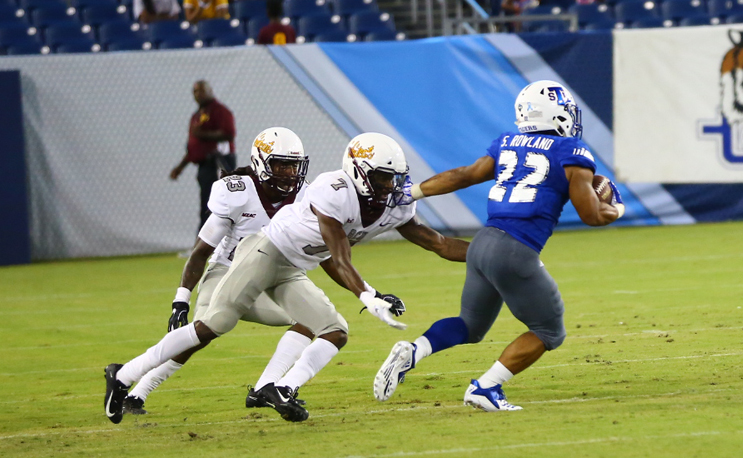 Tennessee State comes in confident after beating Bethune-Cookman in Week One.

It’s time for the Tigers and Tigers to meet up in Memphis at the Liberty Bowl for one of the spectacles in HBCU football. This is the 29th year of The Southern Heritage Classic and for the most part, Tennessee State’s Tigers have dominated this rivalry as of late.

Tennessee State has won six in a row over Jackson State and a win on Saturday night would match the longest win streak in this rivalry which is held by Tennessee State after they won 7 in a row from 2003-2009 of Jackson State. Jackson State lost 55-7 to Southern Miss last week and the much-hyped “air raid” was grounded as the Tigers could only muster 98 yards passing.

TSU started 2018 by absolutely taking BCU apart in a 34-3 victory over the Wildcats. Tennessee State looked dominant on both sides of the ball a week ago with 525 yards of total offense and limiting Bethune-Cookman to only 244 yards and 3 points.

Tennessee State came into this contest as a heavy favorite after a win over FBS Georgia State last year but Jackson State almost pulled the upset. JSU plans to finish the job this season and end the Tigers’ six-game run over them. To do that JSU must slow down Tennessee State receiver Chris Roland who caught 7 passes for 154 yards. Quarterback turned receiver Treon Harris added 5 catches for 81 yards in his debut at his new position. A year ago the Jackson State defense limited Tennessee State and the same must be done to pull the upset in Memphis this year.