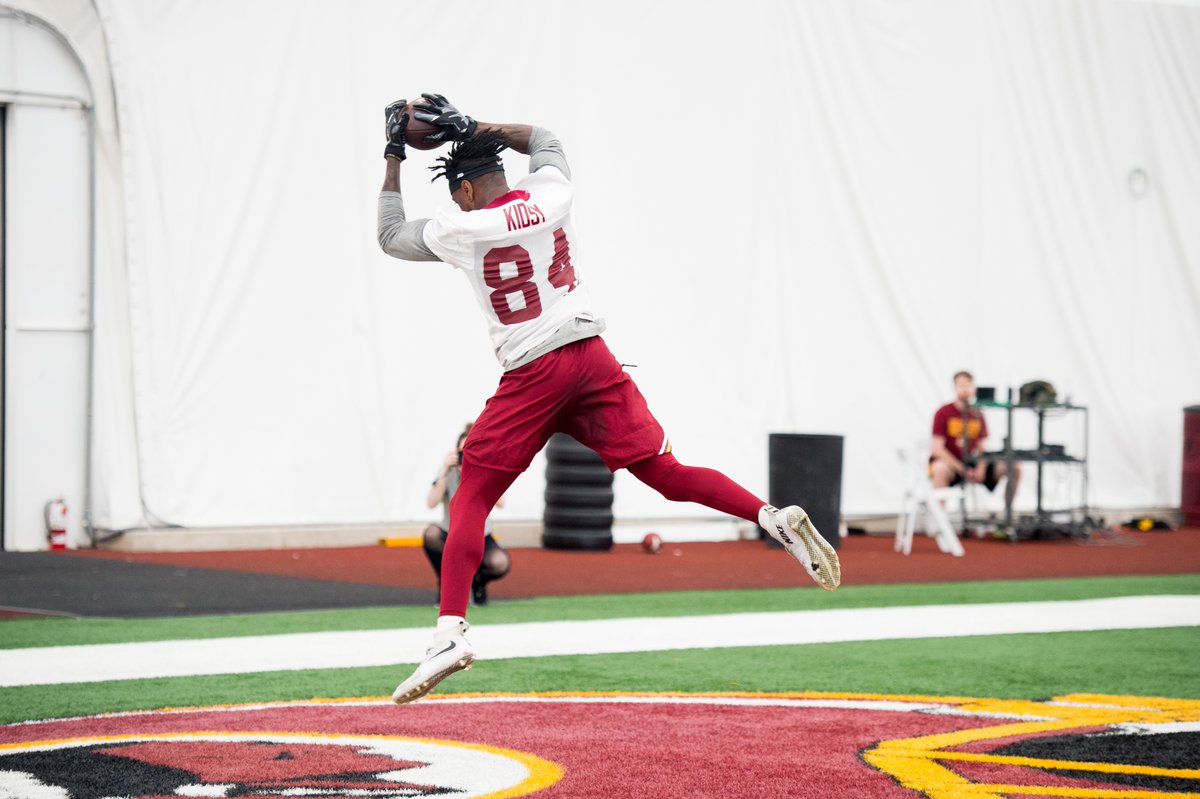 Texas Southern’s Darvin Kidsy had an impressive game in the Redskins loss to the Broncos.

After a 29-17 loss for the Redskins against the Broncos, Texas Southern rookie training camp signee Darvin Kidsy still has a reason to smile.

Kidsy concluded the night with three receptions after four targets for 50 yards, leading in total yards for Washington. He also had the longest, and an impressive, catch of the night at 40 yards. Kidsy also finished the game averaging 16.7 yards-per-catch.

His highlight of the night comes from a late fourth-quarter quick connection in the end-zone from QB Kevin Hogan.

After three weeks with the Redskins, Kidsy has the second longest reception for the team and is currently third in receiving stats with 76 total yards and 15.2 average yards-per-reception.

The wide receiver core in Washington is in competition along with the running backs. Although there appears to be select clear-cut contenders, everyone on the current roster has the leverage to fight and show of their skills until there is no time left to fight. That’s exactly what Kidsy did Friday night by showing up with less than 30 seconds remaining in the game to deliver a much-needed touchdown to lessen the gap.

The Redskins conclude preseason play August 30 on the road against the Ravens. Kidsy will have one more shot to show not only the Redskins but the league what he has to offer.