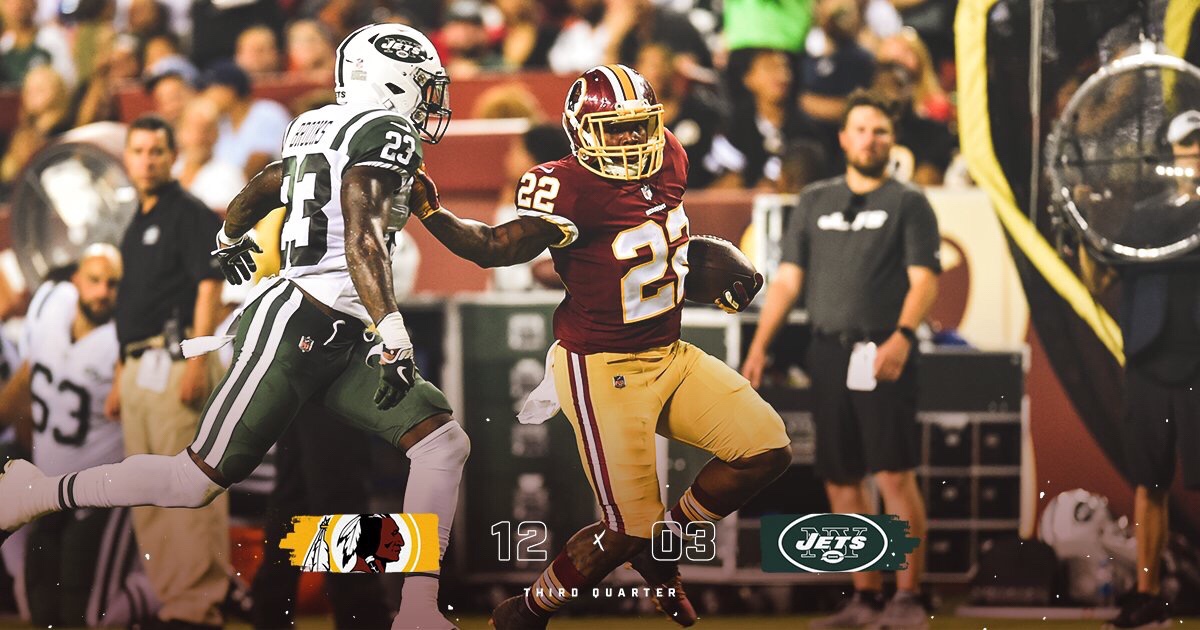 Rookie Martez Carter gains some traction in preseason action with the Redskins.

Grambling’s Martez Carter made his official preseason debut for the Redskins Thursday night against the Jets, and if you did not know his name before, you should know it now.

Okay, @ThatManCarterIV! A long run by the rookie puts us back in the red zone! #HTTR #NYJvsWAS

Carter finished the game with seven carries for 45 yards, averaging 6.3 yards-per-carry. The highlight of his night came from an attention-grabbing 33 yard run to get the Redskins into the red zone.

He also finished the night leading Washington’s rushing stats in total yards, and had the longest carry of the night in the 15-13 win.

Martez Carter with some good wheels and speed out of the backfield. #Redskins pic.twitter.com/ghSe5g5pBq

Also surviving a nasty looking helmet-to-helmet penalty, he showed durability (which is a factor the Redskins surely need at running back.)

Good example of initiating contact with the helmet against an opponent. Foul on NYJ 59 pic.twitter.com/FFImQhEDVR

All in all, Carter showed up and showed out at the right time, as one more Redskins running back sustained an injury in the week two face-off. His debut performance will surely get him more attention and more reps in Week Three action against Denver. Redskins coach Jay Gruden pointed out in his postgame conference that Carter stood out in a group of backs looking to get carries.

“We’re still in the process of trying to figure that out,” Gruden said. “Martez had a couple good looks.”