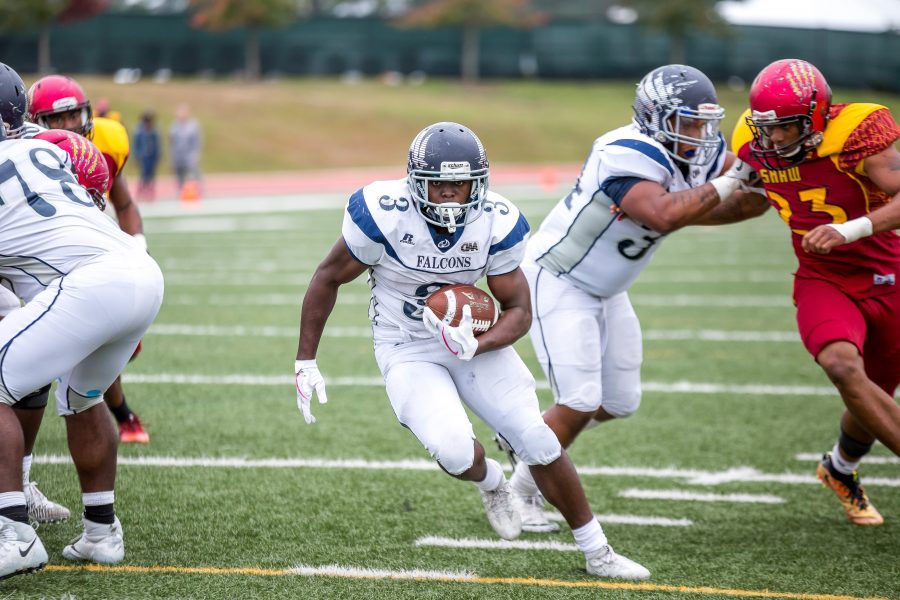 Is Saint Augustine’s the Sleeper of the South?

Do the Falcons need a little more respect on their name?

As fall camp gets underway next week a lot of the talk around the CIAA South centers around Fayetteville State and Winston-Salem State. What about Saint Augustine’s? The Falcons were picked to finish third in the division this year, despite finishing second last season.

The Broncos finally turned the corner last season by knocking WSSU off as Southern Division champions. Even though you could argue that razor-thin margin and bizarre final moments of the game in Winston-Salem. The scoreboard doesn’t lie, however.

The Falcons haven’t generated a lot of buzz in pundit circles despite beating WSSU and losing to Fayetteville State as time expired. SAU’s 5-5 record last season was its best since 2012. The first three weeks of the season were largely forgettable but Tim Chavous rallied his team down the stretch.

Maybe it’s because Saint Augustine’s doesn’t have much of a football legacy in the conference. The program was dormant from 1965 until 2002. Or could it be that people think of track and basketball when discussing the Falcons? Whatever the case, history is often the best predictor of future results and last season suggests Saint Augustine’s is among the best in the CIAA southern division.

It might be time to put a little more respect on the Falcons’ name. Unless they show us otherwise.

Is Saint Augustine’s the Sleeper of the South?

765
The Latest in HBCU Sports and Culture