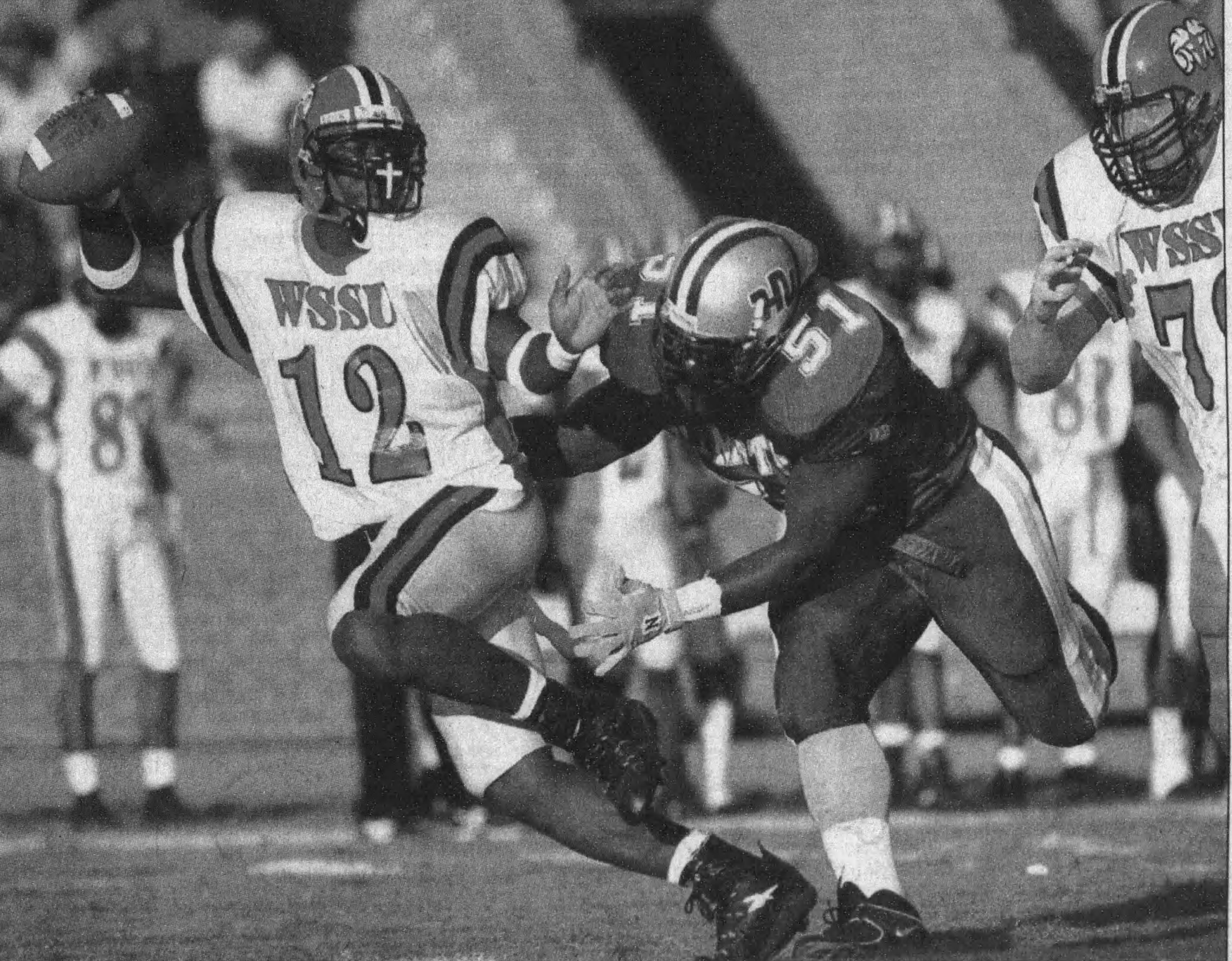 When it comes to quarterbacking legends, the CIAA has had its share, particularly over the last 30 years. In this first post, we’ll look at the fifth player on the list and those that make honorable mention.

Football is a funny game. There are some decent quarterbacks (Terry Bradshaw) who play on great teams and then there are those great quarterbacks who wrack up stats with mediocre-to-plain bad squads.

Drew Powell fit that bill at Livingstone. LC won just 15 games in his time in Salisbury, but Powell was a beast.

Overall, Powell left his mark on the CIAA record books by setting new marks for completions (732) and total offense (10,861). He has found a home in arena ball, leading the Iowa Barnstormers to the IFL championship earlier this month after winning league MVP honors.