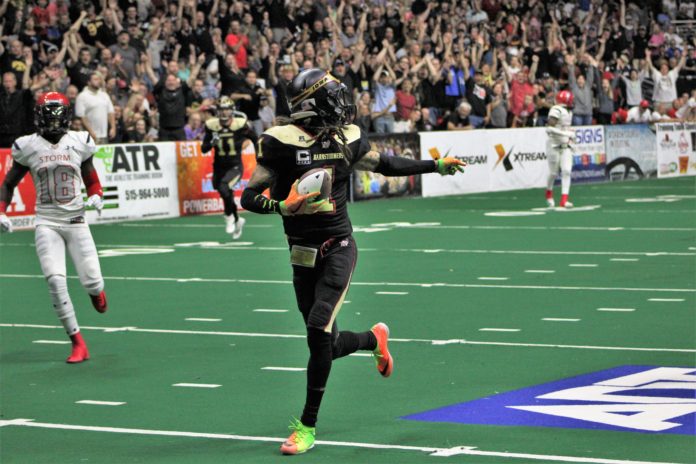 The Iowa Barnstormers, of the Indoor Football League, came from behind to win the 2018 United Bowl Championship, led by former Livingstone College quarterback QB Drew Powell. Iowa (13-3) defeated Sioux Falls (12-4) by a score of 42-38 to win the IFL title.

The Barnstormers were up 21-17 at the half, but Sioux Falls was on top heading into the fourth quarter, 31-28.  Powell led Iowa on the game-winning drive that ended with a Jamal Tyler rushing touchdown with 13 seconds remaining. Sioux Falls nearly pulled it out, but a hail mary on the final play was ruled incomplete as players fell into the stands going for the ball.

Powell was 12-16 passing for 178 yards and four touchdowns. He also led the Barnstormers in rushing with 48 yards and one touchdown. Powell was the regular season MVP in the IFL but not in the championship game.

The United Bowl decides the championship of the Indoor Football League. The IFL is a six-team league that is located primarily in the midwest.