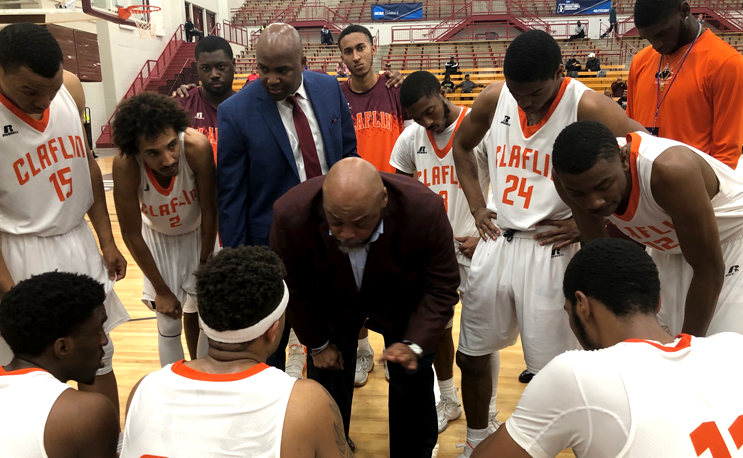 They don’t play football but Claflin will bring some heat to the CIAA.

It may feel like a lazy Sunday afternoon to many, but not for Claflin University. It’s the first day of school vibes all around as its membership in the CIAA became official on July 1 when the clock struck twelve.

Hey, #CIAAForLife friends and family… get to know our newest member, @claflin_athletics! @claflin1869

Claflin’s foray into the CIAA came about very quickly. We first heard rumblings about the school leaving the SIAC just after it won the conference championship in men’s basketball.  HBCU Gameday first reported the news on March 12 of this year, and it was confirmed via a press release just two days later.

One thing that made this an easy transition is that Claflin does not sponsor football so no scheduling adjustments were needed there. Last spring the CIAA opened the door to accept future schools without football programs.  That new sponsorship policy was approved at the spring meetings just in time to accept the Panthers.

There was another shoe about to drop that also helps to explain why Claflin and CIAA were in a quick engagement.  Two months later Chowan accepted an invitation to join Conference Carolinas as a full member. It will remain an associate member of the CIAA in football and women’s bowling.

Happy @ClaflinPanthers Day! The Panthers are officially full members of the #CIAAForLife family & I am sooo excited to continue working with my friend and mentor, Romanda. pic.twitter.com/uP5tRKXaWi

So Claflin balances out the loss of one basketball team and football is unaffected by either move.  The addition of Claflin initially seemed like it could bring baseball back as a sponsored sport, but Chowan’s exit negates that for now.

While the basketball competition appears to be formidable on the horizon, Claflin actually does one thing better than any other HBCU. Fundraising. An estimated 52 percent of Claflin’s alums donate back to the university, ranking them first among HBCUs. If that type of competition makes other CIAA schools raise their games, then this will be the addition of the century.

Taking a road trip to Orangeburg, SC to see Claflin will add some mileage to everyone’s budget in the CIAA.  The Panthers are now easily the southernmost school in the conference, 180 miles south of Fayetteville State University along I-95. Not quite as bad if you make the 136 mile trip from Johnson C. Smith, that’s about a two-hour drive down 1-77. Northern schools will make it a part of their southern road swing and likely group it in with games against JCSU or the Broncos. Since we are playing the AAA road trip game, that’s 518 miles from Claflin to Bowie State if you ever have to make that trip.

Claflin was a member of the SIAC for ten years dating back to 2008. They leave behind their foremost rival in Benedict, which is located in Columbia, South Carolina.