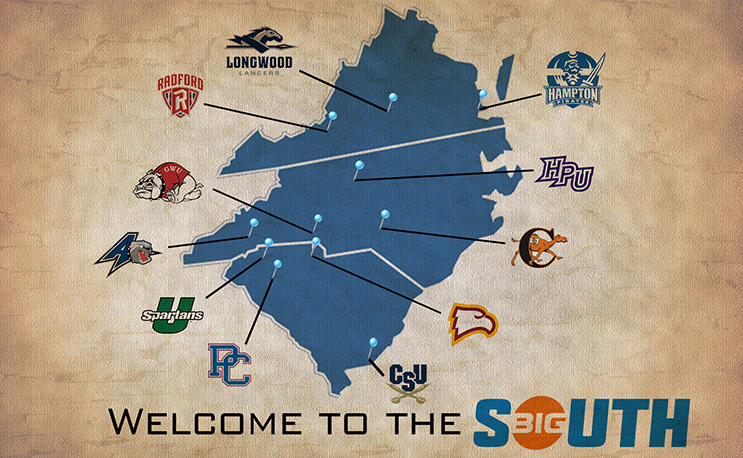 For the first time in its history, Hampton is officially no longer in an HBCU conference.

HAMPTON, Va. – Hampton University has officially joined the Big South Conference as the calendar flips to July. Hampton is not the lone school joining the conference for the 2018-19 season as USC Upstate will begin competition alongside the Pirates.

Founded in 1983, the Big South Conference is an exemplary leader in college athletics, dedicated to developing student-athletes through the pursuit of excellence in the classroom, community and field of play. The league’s growing presence as an NCAA Division I athletic conference is made evident by its multitude of athletic accomplishments, innovative marketing and media partnerships, increased television packages and most importantly, its commitment to fostering the academic, personal, social, athletic and leadership development of its student-athletes.

Comprised of 11 member institutions sharing a common geographic region and similar academic values and purposes, the Big South’s remarkable history of achievement is characterized by the league’s 19 championship sports and the profound academic and life successes of its more than 4,200 student-athletes. This has evolved into the conference’s “Where Winners Are Made” mantra as part of a new strategic emphasis on becoming the premiere non-FBS conference in the Southeast.

Since 2000, the Big South Conference has experienced its most pivotal accomplishments in the league’s history both athletically and academically, such as:

• NCAA Baseball National Champion in 2016
• Six individual National Champions
• Two top 10 finishes in the NCAA Men’s Golf Championship — including fifth in 2007
• The No. 1 ranked team in the national polls in 2014 and 2015 (football)
• Reached the quarterfinals of the FCS Playoffs four times in five years from 2013-17
• Multiple teams in the FCS playoffs four times since 2012
• Reached the NCAA “Sweet 16” in men’s soccer, women’s basketball, baseball and women’s lacrosse
• Four NCAA Men’s Basketball Tournament wins
• Reached the NCAA Softball Regional Championship game five times
• Three Top 24 finishes in the NCAA Women’s Golf Championship since 2011
• The No. 1 seed in the NCAA Baseball Regionals four times, including the national No. 4 seed in 2010
• Three berths in the NCAA Baseball Super Regionals
• Multiple teams in the NCAA Baseball Regionals eight times
• Qualified three teams for NCAA postseason play in the same sport for the first time in 2016 (men’s soccer, men’s golf)
• Multiple postseason berths in at least four sports for five straight years (2013-18)
• First-ever appearance in the Quarterfinals of the NCAA Women’s Tennis Doubles Championship
• Appearances in the round of 32 in the NCAA Men’s Singles Championship
• First All-Americans in men’s and women’s cross country
• The first-ever national finalist for NCAA Woman of the Year
• A Big South-record 13 Academic All-Americans in 2003-04 and 2013-14
• A Big South-record 28 NCAA Public Recognition Awards for APR Success in 2018
• At least an 84 percent graduation rate for four years running
• A Big South-record 42 All-Americans in 2011-12