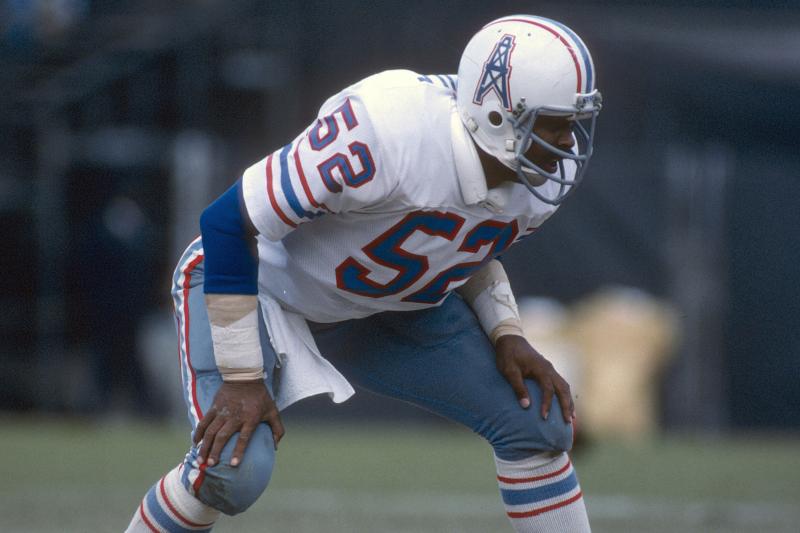 Dr. Doom is up before the sun every day tinkering with his speech.

When you earn the nickname Dr. Doom, there shouldn’t be much that makes you nervous in life. Former Jackson State star Robert Brazile would disagree. His upcoming Hall of Fame speech is really getting to him.

Former Oilers LB Robert Brazile, who'll be inducted into the Pro Football Hall of Fame, will be the center of attention Monday during a roast&toast hosted by @SportsRadio610. On going into the Hall: "I'm so excited & ready.I'll have both my parents there & that's such a blessing" pic.twitter.com/ezjYvsvVTn

Brazile tells Fox 26 in Houston that preparing for his speech is on his mind every single day.

“I’ve been playing this game every morning. I get up about 3:30 every morning, rehearse it and practice it going over mistakes. I am too excited,” he said.

Only his closest inner circle knows what he will say in the speech. Brazile tells Fox 26 that only his wife Brenda knows the words on paper that come from his heart. He does go on to say that the greatest joy he’ll feel in August is that both of his parents are still alive and will be able to witness the special moment.  Something he considers a blessing.

Former Oilers LB Robert Brazile, who'll be inducted into Pro Football HOF, will be center of attention Monday during roast &toast hosted by @SportsRadio610 benefiting @depelchin. On his Hall of Fame speech: "I promised Brenda (wife)..She's the only 1 that knows what's on my mind" pic.twitter.com/UQBz6K00zE

Brazile has a little over a month to get his speech completely down. He will become the fourth JSU Tiger enshrined in the Pro Football Hall of Fame on Saturday, August 4, 2018.  He follows behind Walter Payton, Lem Barney, and Jackie Slater as Hall of Fame selections.

The Houston Oilers selected Brazile sixth overall in the 1975 NFL draft. He finished his career with 48 sacks and 1,281 tackles. Sacks weren’t counted as an official statistic in the NFL until 1982.

“Dr. Doom” as he was affectionately called, won the defensive rookie of the year award and earned Pro Bowl selections for seven consecutive seasons. He retired in 1983.

Brazile made it in as a finalist this year via the Seniors Committee. The committee is a measure put in place to nominate players who’ve been retired 25 years or more and may be forgotten by casual fans and modern media.