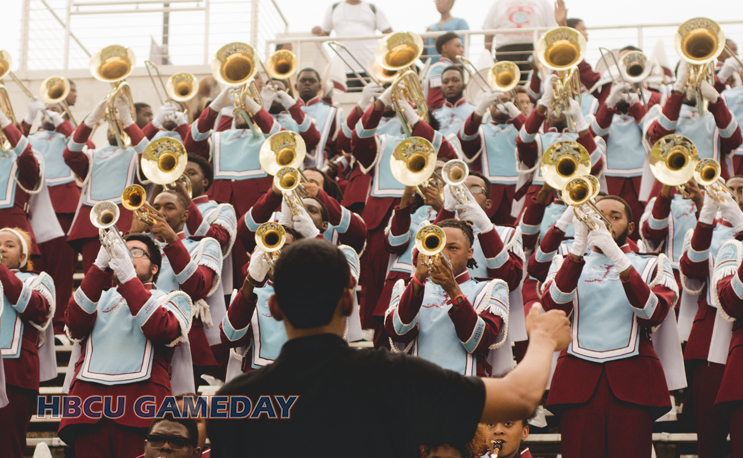 The Queen City Battle of the Bands is heading west, but fans will have to wait on it.

The Charlotte-based battle of the bands is heading to Houston’s NRG Stadium, Webber Marketing & Consulting announced on Monday. The event will take place the weekend of August 30, 2019 and will now be known as “National Battle of The Bands.”

“We are excited about our new partnership with the Harris County Houston Sports Authority to host the inaugural National Battle of the Bands,” Derek Webber, CEO Webber Marketing & Consulting, LLC said. “With the support of the city of Houston, this partnership allows us to advance our mission to enhance the exposure of HBCUs and their marching bands, and the role they play in educating aspiring musicians and developing future leaders. It also enables us to increase the growth of scholarships, and expand the awareness of higher learning with music, arts and entertainment.”

The company also announced that it will NOT be putting on an event in Charlotte in 2018 as it prepares for the move. That’s disappointing news for band heads on the East Coast as there will also be no Honda Battle of the Bands in Atlanta in 2019.

Battle of the Bands to take bigger stage in Houston

Houston, of course, is home to Texas Southern University and a stone’s throw away from Prairie View A&M. NRG Stadium has hosted the last five SWAC Championship Games, so its no stranger to HBCU culture or bands.

“We couldn’t be more excited to be the host site for the National Battle of the Bands, and what better place than at NRG Stadium,” Chris Massey, Director of Events for the Harris County Houston Sports Authority. “It’s no secret that our community loves to put on big-time events, and we’re thrilled to have the opportunity to build on the storied battle of the bands tradition right here in Houston.”

Over the last five years, the event organizers have generated more than $350,000 in scholarships for participating colleges and universities who display their school’s dynamic spirit and music programs during their performances, which have outgrown Charlotte’s venerable Memorial Coliseum.