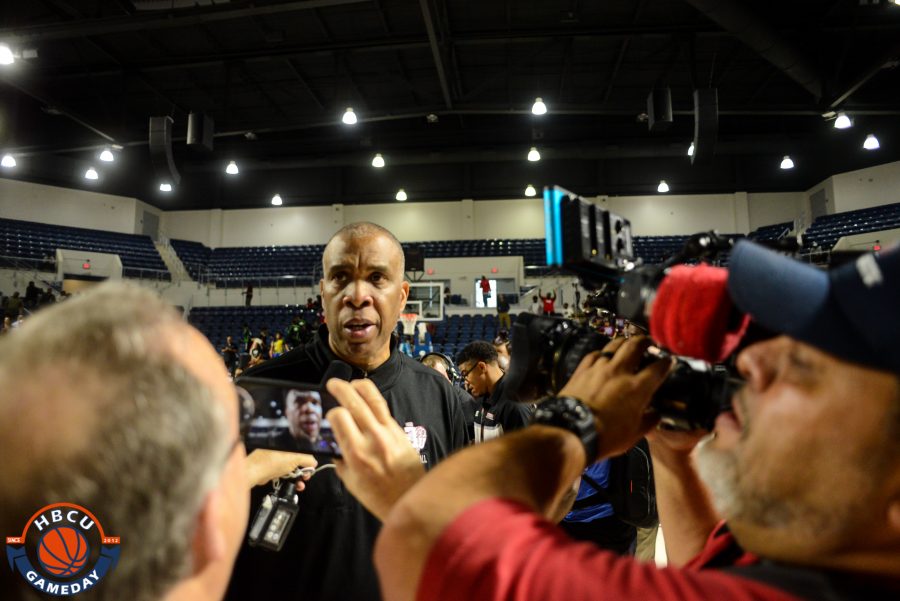 According to Texas Southern, Mike Davis will be the next head men’s basketball coach at Detroit Mercy.  However, Robert Vowels, the athletic director at Detroit Mercy tells the Detroit Free Press those reports are “erroneous.” Vowels texted his response to the Free Press on Wednesday afternoon.

It could very well be a case of Vowels taking control of the narrative and reminding Texas Southern that it will be his decision to announce. Either way, it could give Texas Southern an opportunity to make one more overture towards Davis.

Vowels wouldn’t address if Davis had been on campus for an interview according to the article. The Detroit Free Press goes on to state that, “two sources familiar with the situation said Davis was in Detroit on Monday.”

Jim Hicks, a sports talk show host in Houston, was the first to predict Davis might be in play to leave Texas Southern. He joined the HBCU Gameday podcast on Wednesday to discuss what he thinks might happen next and who could replace Davis.

I broke this news over two weeks ago on https://t.co/XOZl4c1epz and echoed it on @ChopShopHTX which is the nation’s most listened to urban sports radio show on @kmazfm pic.twitter.com/2k1OaBHPHQ