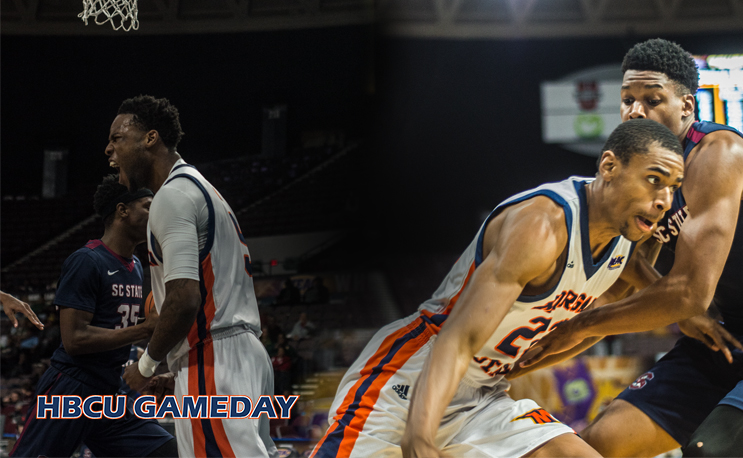 The Washington Wizards gave former MEAC hoop stars a chance to work out ahead of the NBA Draft.

After years of torturing MEAC defenses, three former HBCU stars are getting their shot to show the pros what they can do.

Morgan State’s Tiwian Kendley worked out with the Washington Wizards on Wednesday, and his former teammate Phillip Carr did the same thing on Thursday along with former Howard University star James Daniel.

Kendley is a multi-dimensional scorer who averaged 25.7 points per game, good for second in the nation. A 6-5 guard from Harlem shot 44.6 percent from the field as a senior while averaging four rebounds. He also averaged two steals per game for good measure. He eclipsed the 1,000 point mark at Morgan State in just two seasons after coming over

Carr is a 6’9 player with a soft jumper who created matchup problems in the MEAC with his size and skill. He averaged 13.7 points and 9.3 rebounds as a senior, scoring 20 points or better six times and grabbing double-figures in rebounds 16 times.

Daniel spent his final season at Tennessee in 2017-18 after starting his career at Howard. He averaged 27.1 points during the 2015-16 season, tops in the NCAA. He was limited to just 71 minutes in 2016-17, leading to a medical redshirt which allowed him to transfer to UT after graduating from Howard. He averaged just 5.6 points per game in just under 20 minutes per game.

No player from the MEAC or any HBCU has been picked since 2012 when the Orlando Magic drafted Kyle O’Quinn of Norfolk State. In addition to their 15 man roster, the Wizards are also looking for players to bring into its new G-League organization, the GoGos.