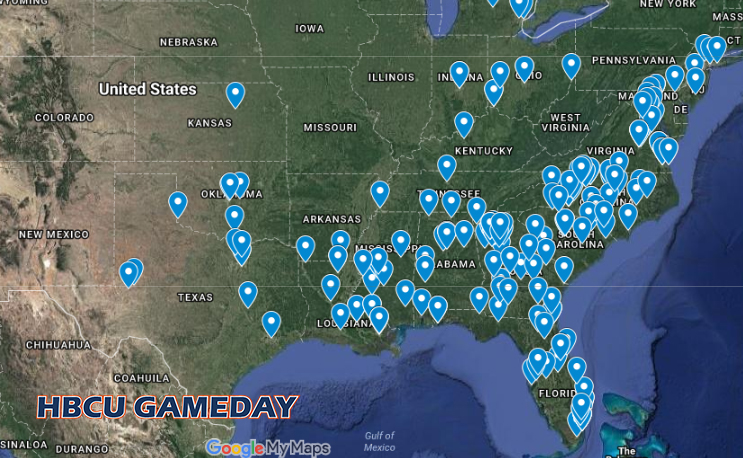 When it comes to impact HBCU football talent, the I-95 and I-85 corridors are fertile ground.

HBCU football (or black college football) is a wide term that encompasses nearly 50 schools in 16 states, two NCAA Divisions etc. With such a wide-range of schools in various regions of the country, we got to thinking: Where does HBCU football talent come from?

With that in mind, we’ve done extensive research to see where the top talent at HBCUs come from. There was no roadmap for this kind of project, so we made our own.

Coming out on top was Georgia, who had 46 players on all-conference teams. The Peach State was especially good at producing quarterbacks, as first-team All-SIAC quarterback Jonathan McCrary of Ellenwood, GA. The state’s numbers were bolstered by Atlanta, which produced second-team All-CIAA quarterback Corderal Cook and MEAC Rookie of The Year in Caylin Newton. Newton played quarterback at Grady High School where one of his receivers was Morehouse’s Amyr Smith.

Despite having just three HBCUs that play football in Florida A&M, Bethune-Cookman and Edward Waters, Florida finished just below its neighbor to the north in getting talent to HBCUs. Thirty seven players from the Sunshine State made all-conference teams, with only eight of them playing for a school in the state. Seven of those players come from Miami and four of them come from Jackson Senior High School, including SIAC Defensive Player of The Year Osband Thompson of Tuskegee.

We go north next to the Tarheel State where more HBCU football is played than any other state. A total of nine HBCUs call the state home, including five public schools and four private schools. Charlotte is the epicenter of the HBCU recruiting hub, with seven players on all-conference teams, second only to Atlanta in terms of a specific city. That doesn’t count outliers like North Carolina A&T’s Brandon Paker who hails from Kannapolis, or Winston-Salem State’s Kerrion Moore from Gastonia. The Triad Area is also fertile ground as MEAC Offensive Player of The Year Lamar Raynard and his teammate Marquell Cartwright both hail from High Point while teammate Franklin “Mac” McCain III is one of three all-conference players from Greensboro.

Creeping just a bit north we cross over to Virginia and make a stop in the 757. Actually, multiple stops, as The Seven Cities combined to produce 13 HBCU players on all-conference teams. Norfolk and Newport News lead the way with four players each, with Hampton and VA Beach adding another five. Heading up I-64 and jumping on I-95 we come to the capital of The Commonwealth, Richmond, who also had four of the 22 players from Virginia who made all-conference teams last season.

We might as well stay on I-95 and head over to the DMV. Go down to Union Station and get on the MARC train because from Chocolate City to Charm City there is a steady stream of talent largely circulating in and around Prince George’s County, specifically at Bowie State. BSU has the area on lock as all 14 of its players hail from either Baltimore or PG and Montgomery Counties. That includes our National Player of The Year Amir Hall, who played his high school ball down the road at Riverdale Baptist High School.