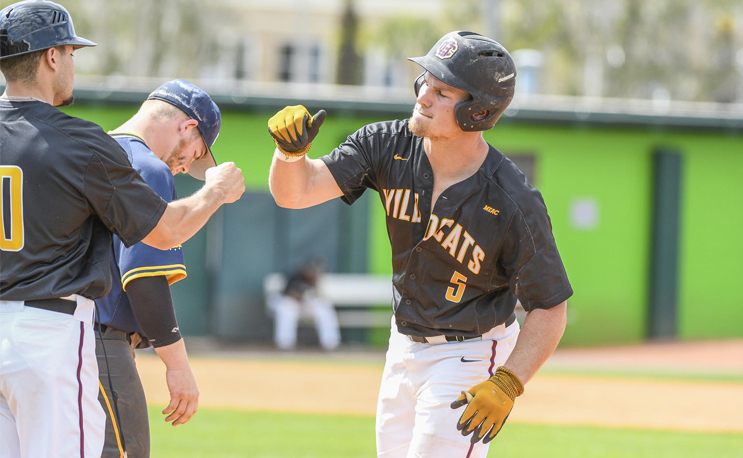 Bethune-Cookman bounces back with mercy-rule elimination of MDES.

The Wildcats (21-33) will play Thursday’s nightcap against the lower seeded team that loses either Game 4 or Game 5.

A bases-loaded walk pushed across another run, and Danny Rodriguez singled home a pair of runs to give the Wildcats a 6-0 lead.

Tyler Friis scored on a wild pitch in the fifth to put Maryland Eastern Shore (12-41) on the board.

Giovany Lorenzo singled home another run, and Spivey scored on a wild pitch, in the bottom of the fifth to give Bethune-Cookman an 8-1 lead. The Hawks answered with two runs in the sixth, cutting the lead to 8-3.

Deeb singled home two runs in the sixth, giving the Wildcats a 10-3 lead.

Jordan Stacy then homered to lead off the eighth, giving Bethune-Cookman an 11-3 lead, before Lorenzo walked with the bases loaded and Kyle Corbin singled home another run to push the game to its final margin.

Rodriguez, Deeb and Spivey each had three hits for the Wildcats, and Deeb led the team with three RBIs.

Dwayne Marshall went 3-for-4 to lead the Hawks.