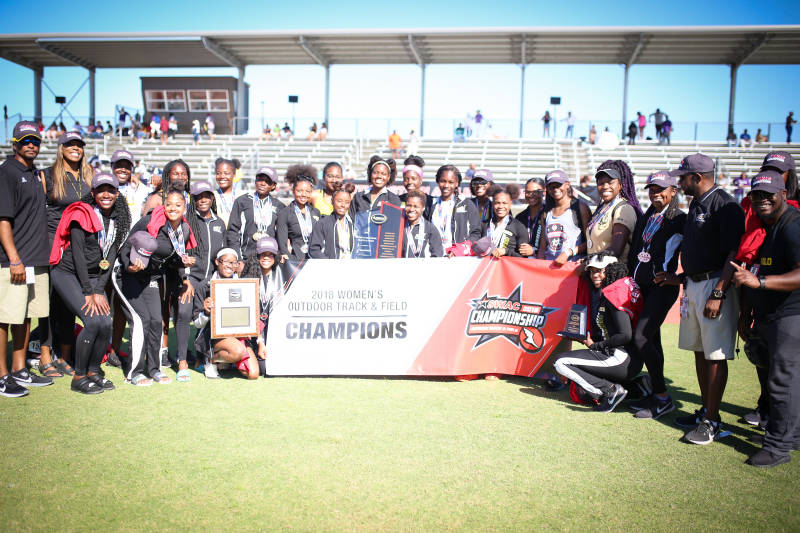 Arkansas-Pine Bluff’s Keziann Jones was named the Most Outstanding Field Performer of the championships after earning two golds and a silver in throwing events. Scholasticah Kemei of Mississippi Valley State earned the title of Most Outstanding Track Performer after claiming four gold medals in distance events.

During the 400-meter hurdles, defending champion Bookman appeared on her way to another win before clipping a hurdle and falling during the home stretch. The misstep proved costly as Alabama State’s Lovett (58.02) was able to make up ground and take home the victory in the event. Bookman recovered to finish second (59.39), and in third was Alabama State’s Kyana Evans (59.47).