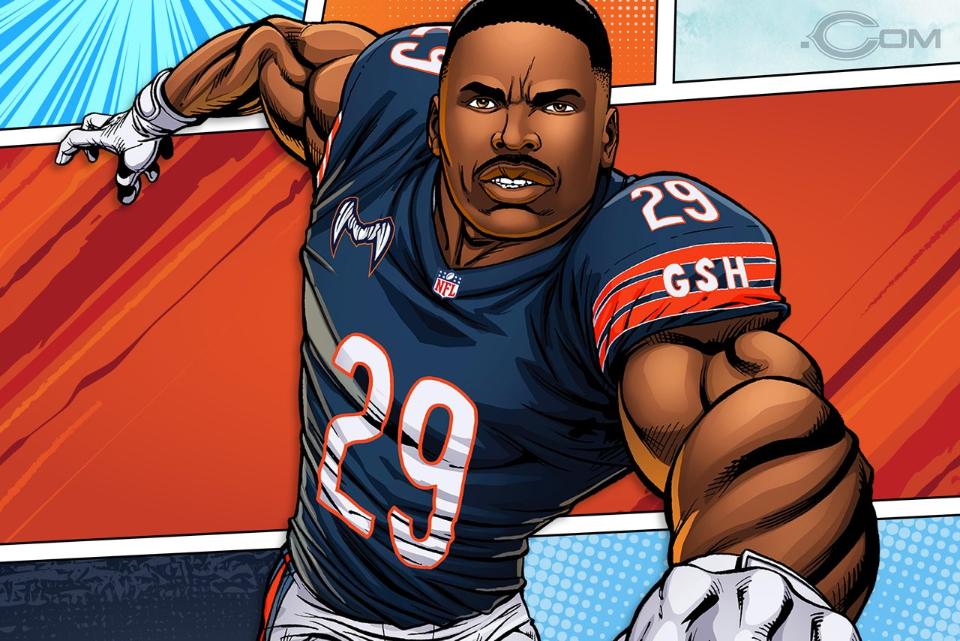 The small town kid from N.C. continues to do big things in the Windy City.

It doesn’t take long watching Tarik Cohen playing football to make the declaration he resembles a superhero. The Flash’s gig is already taken but never fear. Cohen is now a “Monster of the Midway” superhero in Chicago.

The Bears along with former player Israel Idonije have created an alternate universe that depicts a handful of players as illustrated superheroes. Cohen, a former star player at North Carolina A&T,  is one of those players.

Each “Monster” has his own unique powers.  Those powers play off his natural skill set as a football player. The custom-designed visuals include artwork and animation for the 2018 schedule release and game introduction video. Player illustrations, opponent illustrations, and a weekly comic strip during the regular season are all parts of the package.

Putting pen to paper on Cohen

Cohen’s character looks a little older than the second year player appears in person, but one could imagine being a superhero wears on you.  The character is definitely ripped with about four layers of forearm muscles that look more like a pair of ropes braided together. Some sort of flames or electric energy are trailing Cohen’s feet, a clear nod to his superior speed.

“As a lifelong comic fan, blending sports action with superhero adventure comes naturally because each season is filled with intense battles and epic figures. ATHLiTACOMiCS began during a Bears training camp when I decided I wanted to do something creative during my down time. So I began writing a story about athletes and the source of their elite athletic abilities,” said Idonije. “Fast forward several years and projects, to now be working with my Bears family in a new capacity, bringing this next generation of players to life as comic heroes, has been a very special experience.”

Here’s how the “alternate universe” works in the real world. The “Monsters of the Midway” will defend the City from a weekly enemy that plays off of weekly opponents. The storyline will take fans up to the point of conflict from week to week. Then it gets real. The “heroes” will transition from the comic book onto the field on game day.

If someone can work a Cohen character into the Fortnite video game his fictional life might be complete.