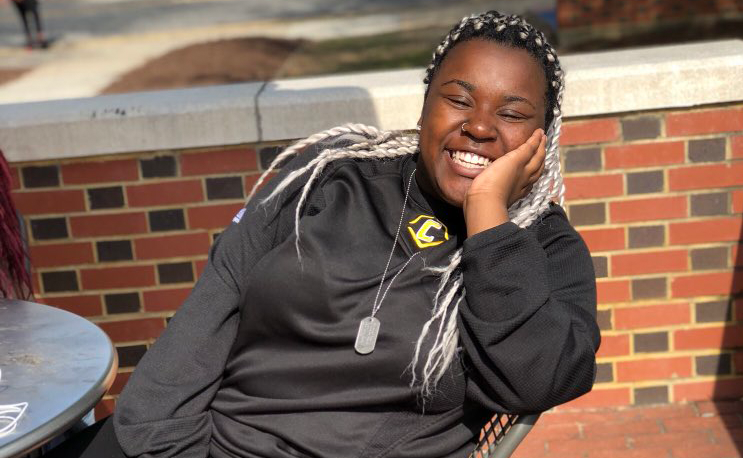 After almost quitting this VSU student sets the Internet on fire.

Going viral in 2018 can be a hit or miss proposition.  For Virginia State freshman Brianna Bundick-Kelly it’s been a hit after she decided to post a spot on recreation of Beyonce’s routine from Coachella.

Brianna, who has a perfect Twitter handle (@Briyonce), so far has over 5 million views of her side by side performance with the musical superstar.

If you thought I was about to sit here, learn choreo & dance like I’m one of Beyoncé's backup dancer… YOU’RE ABSOLUTELY RIGHT!😂👌🏾🔥#BeyChella pic.twitter.com/157vovRFjG

The video has appeared on international outlets like Good Morning America, CNN, MSNBC and the Today Show. Much of it to Brianna’s surprise. Especially the shout out from Monica Lewinsky.

Was I really on @GMA? Y'all are saying I was but I haven't seen it😭😭

Brianna has been on fire this week, a bit of a contrast to her upbringing. She’s originally from Alaska. She says she started recreating Beyonce’s about a year and a half ago.

One week before releasing her viral video she was lamenting the sudden success of the “Yodeling Boy.”

Five days later she was being embraced by the likes of Gabrielle Union and many more celebrities. What a difference a week makes.

According to published reports,  she is being approached by producers of entertainment companies.  Her story speaks a lot about not giving up. A post on her Twitter feed says she was ready to quit making videos altogether less than a month ago before winning a student award at VSU.

Big thank you to @TTFInc for the Freshman with the Best Instagram award last night. Means a lot because I was ready to quit videos but y’all really out here supporting me. Love y’all ❤️ pic.twitter.com/AovNpNmhqW

Hopefully the CIAA has already booked her for a halftime performance at the 2019 tournament. A special guest appearance with the Woo-Woos might not be a terrible idea either.

Are you teaching classes for faculty and staff?…. Asking for a friend 😀. There is so much talent @VSUTrojans #VSUExcellence #VSUTransforms https://t.co/pDhbVysTCl