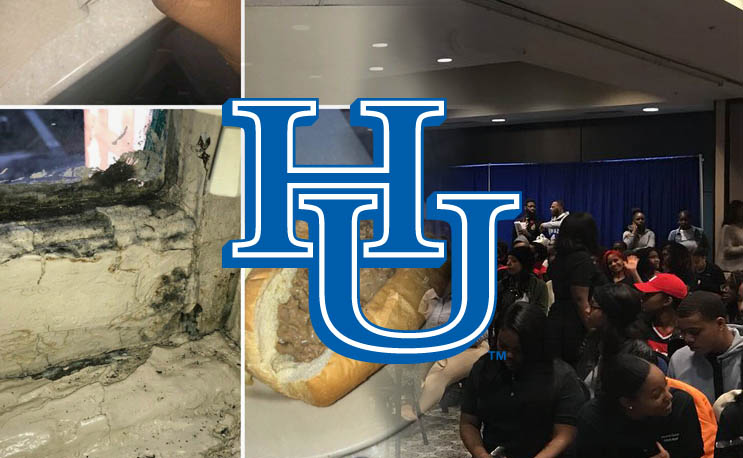 Hampton students express their anger after an infuriating town hall.

The drama at Hampton continues, this time it affects all of the student body.

Hampton University held a town hall meeting this past week and students took to the Twitter to express their feelings and thoughts using the hashtag, #HUTownHall. The hashtag was quickly flooded with students angry with the responses they were getting when they asked about serious issues, such as campus violence and sexual assault. The students brought up Hampton’s poor history with dealing with sexual assault cases, which were apparently met with answers that seemed to put the blame on the victim.

The way Hampton dealt with campus violence was also called out which resulted in a shooting victim being escorted out of the Town Hall.

Harvey said as women we “shouldn’t allow” a man to hit or sexually assault us & then they had the nerve to dismiss that boy because he wasn’t enrolled at the time he got shot…in his face. As if he was never a student when he was taking a semester off 🤦🏾‍♀️ #HUTownHall

Perhaps the biggest tweet, however, was the tweet of a picture collage of what exactly is going on at Hampton.

These are problems occurring at Hampton University right now. The dorms are old and have mold, the cafe serves inedible food, our academic buildings have not been renovated for years AND there is no campus life due to 12-2, BOTS and the harbors being taken away. #HUTownHall pic.twitter.com/il1aGs2kPF

These conditions are obviously unliveable, however, because most students credits won’t transfer over, many students feel forced to deal with these conditions because they don’t want to start all over. One can only imagine how a university that costs around $40,000 to attend can have unsanitary conditions depicted in these photos. Many people are asking the same question: Where is that money going?

Some students accuse the president, Dr. William Harvey, of using the money to enhance the aesthetic rather than the living quality of the students. Other allegations include him possibly using money from student activities, fees, events etc for his personal use. This was described in a letter written in the fall by Hampton alum and adjunct professor, Dr. William Lewis. You can read parts of that letter here.

A letter was sent out addressing the issues brought up at the town hall on Thursday. It is worth noting that this letter did NOT come from Dr. William Harvey, but from the SGA President; Martha Baye. Baye promised that a company would be hired to check for mold and mildew and changes to its food services. The letter did not go into specifics into how it would improve handling sexual violence.

The letter did little to soothe many Hampton students, however, as they vowed to continue speaking out on what they felt was wrong and wouldn’t be swayed by  “a few promises”.

I for one will not rest on the fact that Hampton made a few promises in a letter, we need to see action. We need alumni to continuously check in on the school/students to hold their alma mater accountable…and not just in 60 days… #HUTownHall

You can read the letter in its entirety here.