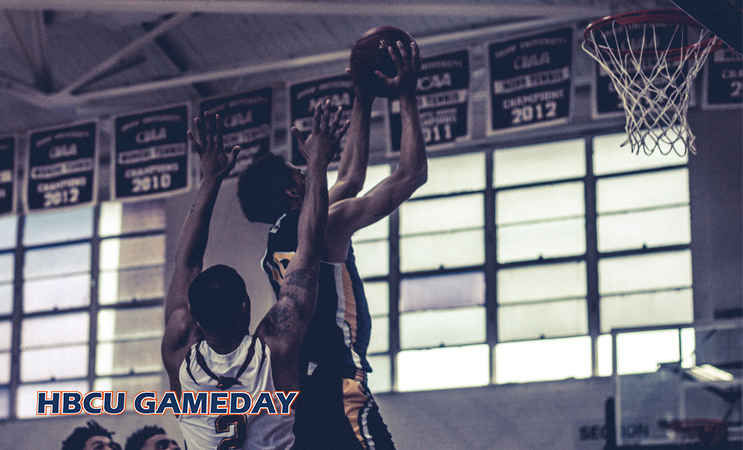 Johnson C. Smith and Shaw will meet up on Saturday with a lot on the line in their CIAA regular season finale.

The CIAA Tournament and all that comes along with it are just around the corner. For most folks, that means parties. But for Johnson C. Smith and Shaw, its crunch time as the top seed in the Southern Division is up for grabs.

JCSU comes in first in the division, but only by a half-game thanks to a heartbreaking 80-79 loss to rival Livingstone last week. For it, the task is simple: win and add another division title, along with a top seed in next week’s tournament.

Shaw, currently at 7-2 in the division, also has dreams of getting the number one seed. The defending CIAA Southern Division champs need a win, of course, but a one or two-point victory won’t help much. JCSU beat Shaw by 10 points in Raleigh earlier this month, so Shaw will need to win in Charlotte by at least 11 to keep the crown.

This game not only features two of the top three teams in the CIAA, but arguably three of the best players in the league as well.

JCSU is headlined by Robert Davis. The senior is currently leading the CIAA in scoring at 22 points per game, and is assumed the front-runner for player of the year honors. A complete offensive player, Davis can either go to the rim or shoot from outside, as evidenced by his 38.3 percent mark from the three-point line.

He’s joined in the backcourt by Christian Kerchman, an elite passer leading the conference in assists with 6.6 per game as well as steals (2.1 per game). He’s also a capable scorer with five 20-plus point performances.

Shaw, meanwhile, heads down to Charlotte with a two-head monster of its own. Savon Goodman is a legit Division I player in a D2 conference and it has really shown down the stretch. The former UNLV and Arizona State big man is currently third in the CIAA in scoring at 18.5 ppg, and second in rebounding at 9.8 per game.

If that wasn’t enough to worry about, his teammate D’Angelo Stephens-Bell may be the most complete player in the league. The senior averages 18.8 points per game while shooting over 52 percent as a guard and also averages six assists and is second to Kirchman in assists in the conference.

The top seed is always coveted in the CIAA, like any other conference. This season it takes on a greater significance as its matchup against the six seed from the other division will take place on Wednesday night. A win means a day’s rest before only needing to win two games in two nights instead of the traditional three. It’s not a guarantee of anything but the possibility of not having to play three days in a row is an attractive one.

Both teams have been inconsistent at times but with their talent level, coaching and what’s at stake, don’t bet on it on Saturday. In fact, there’s a good chance that at least one of these two teams could end up playing again in Charlotte the following Saturday.