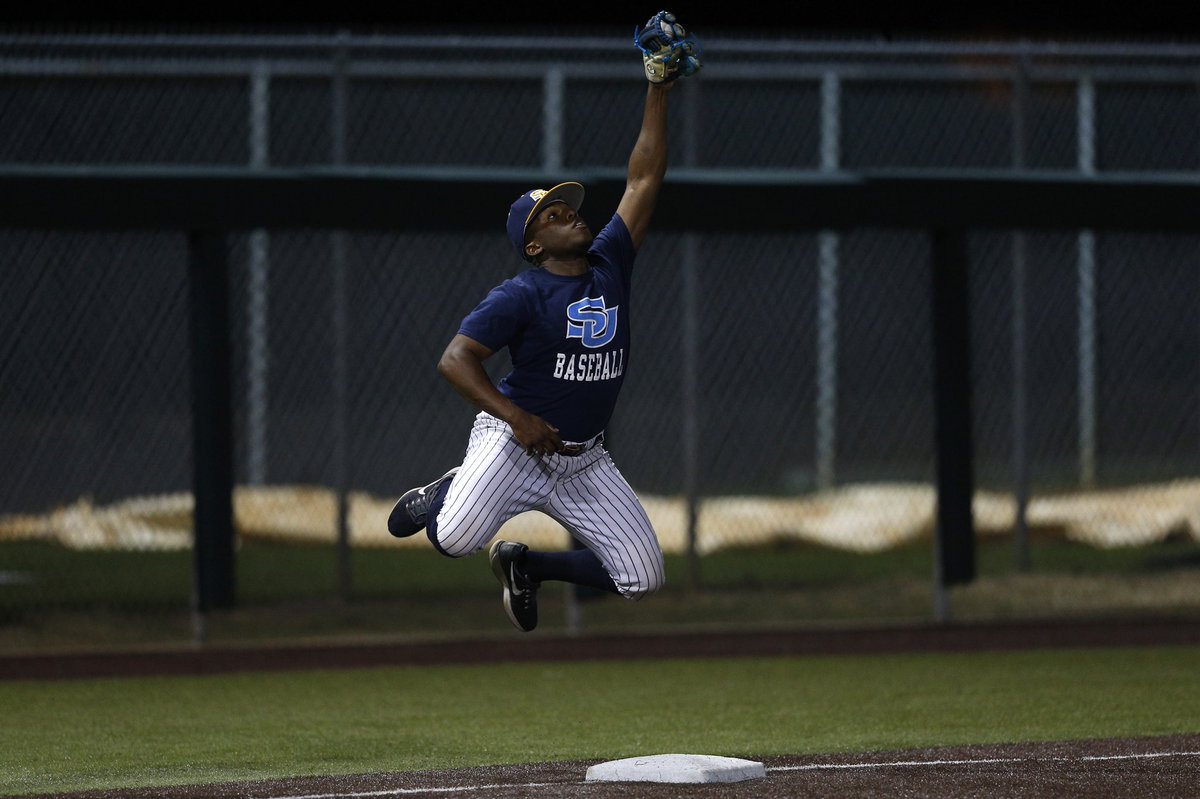 With the win, Southern salvaged a split during Day One of the annual HBCU baseball showcase and secured the first career win for first-year head coach Kerrick Jackson, who assume the helm of the SU program last June.

MUST SEE! @SouthernUsports Walks off against Grambling in game two of their double header in the Andre Dawson classic. Bottom of the tenth, tied at 7, the stage was set for @A_Wheatley05. #Yardstick pic.twitter.com/Vs83Jyoi7O

With one out and facing a 1-2 count in the 10th, Wheatley turned on a fastball GSU pitcher Andy Escano left of the heart of the plate and blasted a solo shot over the left field fence, setting off a jubilant celebration at home plate.

Wheatley’s heroics punctuated a wild end to the Jaguars first win of 2018.

SU Baseball assistant coach Elliott Jones presents the Game Ball to Head Coach Kerrick Jackson for capturing his first career victory at SU and first collegiate win in the Jaguars thrilling 8-7 walk-off win over Grambling. OF Ashanti Wheatley launched a walk-off solo homerun in the bottom of the 10th for the win. SU faces UIC live on MLB Network Saturday at 2 p.m.

A major league come back

Southern trailed Grambling 6-2 heading into the bottom of the sixth when the Jaguars exploded for a 5-run inning highlighted by Javeyan Williams 3-RBI triple, which he scored on after a throwing error by D’Quan Matthews.

After Grambling tied the game at 7 on Marshawn Taylors’ sacrifice fly to score Phil Adams Jr. in the top of the ninth, Southern had a scoring threat negated after Williams was called out at third after being tripped by Taylor as he rounded second base.

Southern will open a nationally televised doubleheader on the MLB Network and MLB.com against Illinois-Chicago Saturday at 2 p.m. during Day Two of the Andre Dawson Classic.