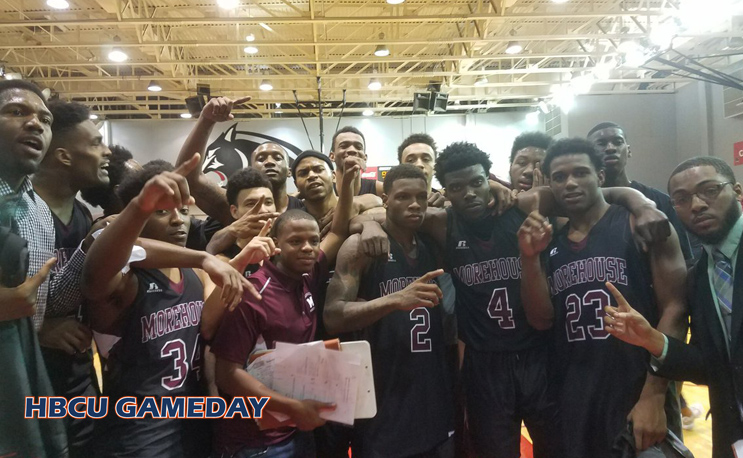 Clark Atlanta-Morehouse gave us what we wanted and even more in an overtime thriller.

Thursday night’s game between cross-street rivals Clark Atlanta and Morehouse lived up to the hype and then some.

It was a packed crowd at Epps Arena to see two nationally-ranked teams so close together you can literally throw a stone from one to the other. And each and every person in the sold-out crowd got a show they’ll be talking about for years to come.

When the dust settled, Morehouse outlasted Clark Atlanta 97-96 after three overtimes in a game that both teams wanted as badly as anyone can want a regular season matchup.

Morehouse never trailed in regulation, leading comfortably for much of the first half. At one point, it led its neighbor by as many as 17 points at one point before CAU went on a 26-10 run to get back in the game.

CAU would find itself down again in the second half but continued to claw back to tie the game at 68, forcing the first overtime. That’s where CAU took its first lead, but it was unable to hold on and the game went into the second overtime tied at 80.

Morehouse appeared to have the upper hand in the second overtime, leading 88-85 with less than a minute remaining, but Mark Burton’s 3-pointer took the game into the third overtime.

The game would ultimately be decided in the third overtime on Tyrius Walker’s free throws, his 26th and 27th points of the night.

488
The Latest in HBCU Sports and Culture