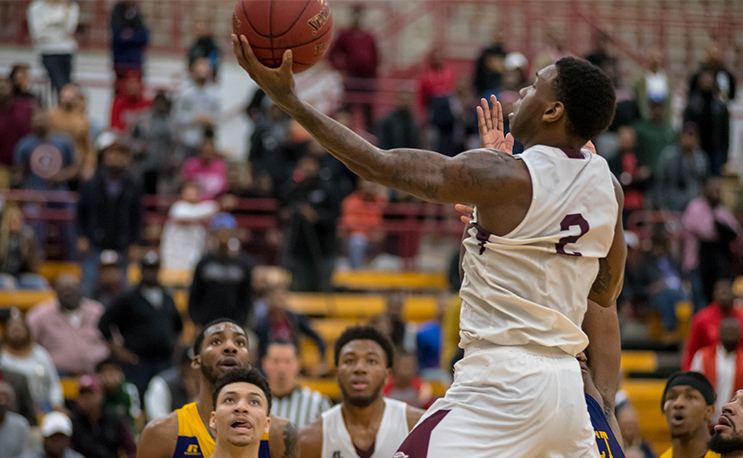 Morehouse stays perfect thanks to a monster effort from star guard Tyrius Walker.

The senior guard put together a masterpiece game when the team need him the most as he led Morehouse to a 103-102 win over a talented Benedict team on Monday night. Walker put up 47 points to keep Morehouse’s record perfect through 17 games.

Morehouse led by as many as a dozen points in the second half, but Benedict managed to tie the game with six seconds remaining on a pair of free throws by Dimitri Cook to force overtime with the score tied at 92.

Benedict would lead by as many as six points in the extra session, but in the end it had no answer for Walker, who scored 11 in overtime to keep his team perfect. He scored 38 of his points after halftime.

Tyrius Walker saves the day for the @MaroonTigers and the crowd goes CRAZY!!! Morehouse 103 Benedict 102 in OT pic.twitter.com/avXxRWRRls

None were bigger than the free throw he hit with six seconds remaining to give his team the win.

Morehouse’s win not only kept it perfect, it kept it in a tie with Clark Atlanta, who beat Claflin 97-82 across the way, for the SIAC East lead. It will hit the road for a three-game stretch before meeting up with CAU on Feb. 8.

But for now, let the good times roll at The House.

This is the my team is still unbeaten dance. @MaroonTigers Dope atmosphere! pic.twitter.com/AGcp7lueGa