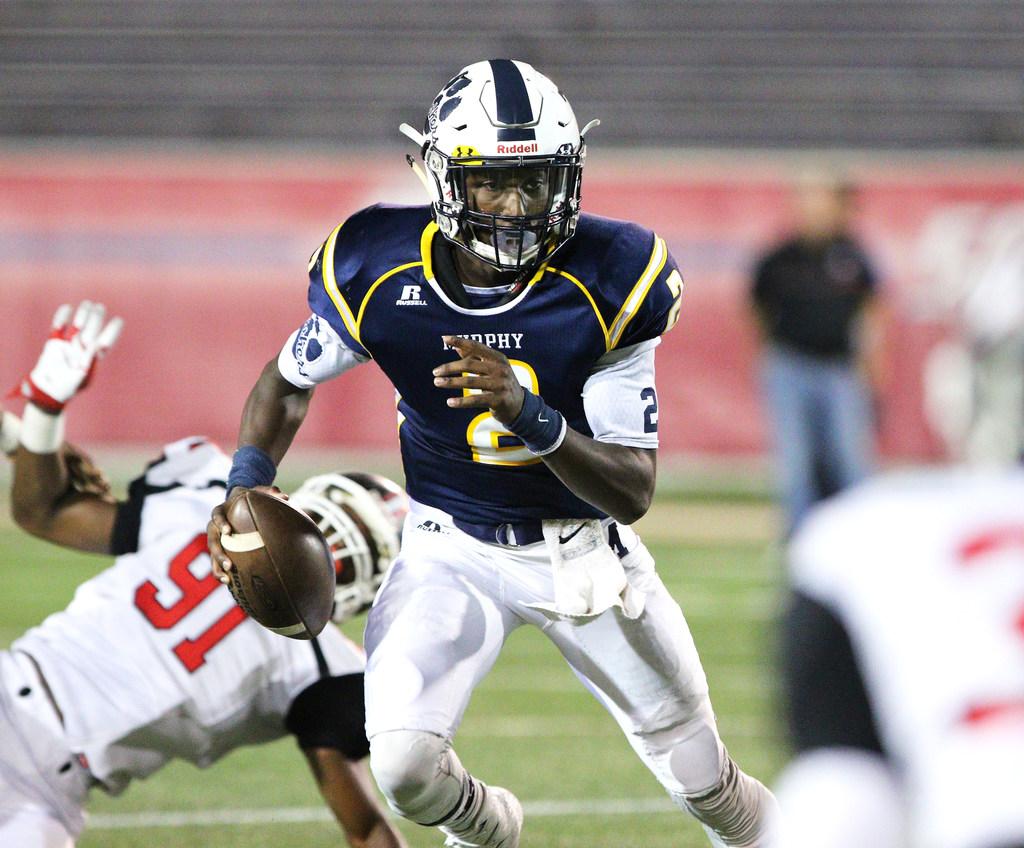 Maurice Robinson is a three-star athlete and one of the top football prospects in the state of Alabama for the class of 2018. He had more FBS offers than he has fingers, including one from arguably the greatest college coach ever, Nick Saban. But Robinson decided to spurn Alabama, along with LSU and Florida in favor of Grambling. Robinson made his verbal commitment to the G-Men on Sunday.

Grambling lands a commitment from the 19th best player in Alabama. Maurice Robinson is now a G-Man ! pic.twitter.com/oGN9jT09mh

Yes, you are reading this correctly. He didn’t turn down Alabama A&M or Alabama State in favor of Grambling. He turned down the defending national champions, NFL producing, epicenter of college football, Roll Damn Tide Alabama.

In an interview with Cory Diaz from The News-Star, Robinson says he simply didn’t get caught up in the hype.

“It was a hard process from the start,” Robinson told The News-Star Monday. “I had big colleges looking at me. All of that could get into your head if you don’t take care of the process the right way. It was an easy decision to make. I didn’t really fall into the light that they shined on me, I didn’t get into the hype they threw at me.

The heir apparent under center?

Maurice Robinson is 6-foot-1, 180-pounds and has played quarterback since his sophomore season. He threw for 1,686 total yards and 18 touchdowns his senior season.  But don’t jump to the conclusion that he’s going to pick up where DeVante Kincade left off. He actually wants to play defense.

“I’m an athlete and they asked me where I wanted to play, and I told them I wanted to be on the defensive side because I know I can make it at the next level,” Robinson said in the article. “I already have the skill set and the ability of what any DB can do. Having that mindset at quarterback, it will help me be able to read offenses and it will give me an upper hand. I’m ready for that.”

“Grambling was real and direct and I respected that from the start. That’s what finalized my decision. The players and coaches made it feel like home. I was comfortable there, I like the atmosphere and that’s what convinced me to make the decision to come there. ”

It’s not unusual for HBCUs at the FCS level to get highly rated kids like Robinson into their programs. It normally just happens in an inverse order.  The kid will sign at a Power 5 school, get injured, maybe fall out of favor, and sometimes get into trouble. With a bit of his high school shine now dull, he finds a home in the MEAC, SWAC or Tennessee State.  Sometimes the CIAA or the SIAC will even catch a lucky break.

The recruiting process for #Grambling is simple and authentic. Not a lot of bells and whistles. You want an education? You want to become a better man, a better football player? Then come here. pic.twitter.com/n2AbhXMOxS

For now, Broderick Fobbs is not taking a backseat to anyone when it comes to recruiting at the FCS level.  He pulled Martez Carter out of a basketball gym. Fast forward a few years later and we have Mr. Excitement and a potential NFL career.

Martez Carter leaps over a defender at the 2016 SWAC Championship

He convinced Kincade that Grambling would be a better home than the almighty SEC after the quarterback was injured at Ole Miss.  Kincade not only turned out to be a championship quarterback for the Tigers but the best PSA you could ever produce about attending a black college. Ask him about Grambling and get ready to sit for a while, because he has lots to say.

Fobbs spoke about his recruiting philosophy at the 2017 Celebration Bowl. He might not have the proverbial bells and whistles as other programs, but ultimately he says that doesn’t matter.

“A lot of times universities shed light on facilities, uniforms, and waterfalls in the facility. Lockers with stainless steel, flat screens and things like that. You can’t take any of that stuff with you.  The only thing that matters is what you are pouring into a young man, educationally, development as a young man and football wise.  I think sometimes our kids are thirsting for that. We’ve been successful at doing that. When you walk out the door the only thing you are doing is renting the facility for four to five years,” he said.

The most pessimistic critic could call this year’s dynamic duo outliers or pure luck, but Fobbs is clearly on to something.  He doesn’t like to wax poetic about the state of the program he inherited, he doesn’t like to discuss it all from my experience. But we know the story. Player mutiny and degraded facilities had the Grambling program on the verge of a total collapse.  Fobbs has come in and not only gotten the ship back in order, he’s sailing in entirely new seas altogether.

For Maurice Robinson, one of the top players in the “football or die” state of Alabama to choose Fobbs over Saban is huge.  We aren’t going hyperbolic here because it’s certainly not the end of the world for Bama. It’s not even a pothole on their freeway to another national championship.  It is, however, another brick being laid for the house of championships that Fobbs is building at GSU.

Editors Note: Robinson didn’t have much of an on-the-field impact for Grambling this season. He didn’t see the field as a defensive back, so he’ll have four more years to show his talents in the SWAC.