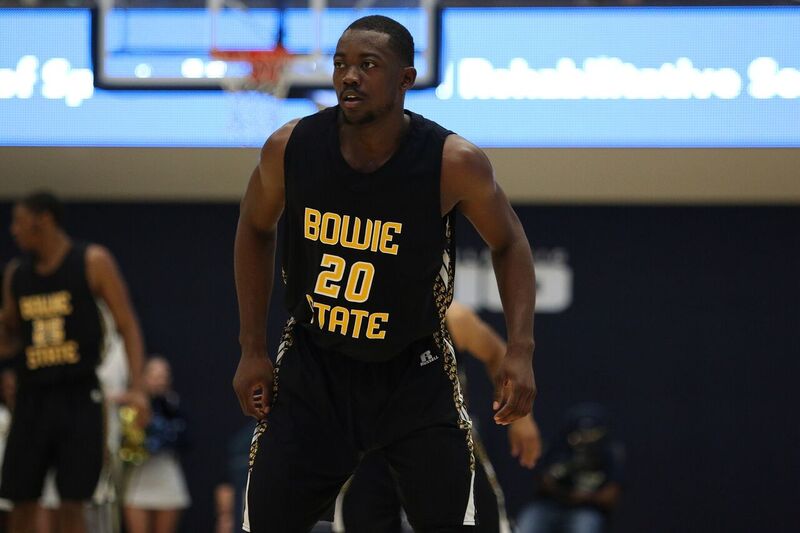 Bowie State fell to Virginia Union on the road, 67-60.

In a first half that featured seven ties and seven lead changes the Bulldogs of Bowie State carried a 30-29 lead into halftime over the Panthers of Virginia Union. Bowie State hot 10-of-29 first half field goals (34.5 percent) compared to 12-of-25 (48 percent) for VUU.

Neither team led by more than four points over the first 20 minutes, but Bowie State turned nine Virginia Union turnovers into 11 points.

Bowie State’s defense took a big hit early in the second half as Jamison picked up his fourth foul at the 17:25 mark. VUU used the opportunity to take a 40-36 lead at the 16:05 mark, forcing the Bulldogs to burn a timeout.

A pair of George free throws cut the Virginia Union lead to a bucket only to watch Kory Cooley follow up a Panthers missed shot with a dunk and a 42-38 lead.

A Todd Hughes triple gave the Panthers their largest lead of the afternoon (46-41) at the 12:38 mark.

The Virginia Union Panthers (10-9) used an 8-0 run to extend its lead to 54-43, forcing Bowie State to call another timeout, leaving the them with only one with 9:14 remaining in the game.

BSU senior Jemuel Brown (Laurel, Md.) came off the Bulldogs bench to score on a conventional three-point play at the 7:40 mark and back-to-back field goals by George trimmed the Virginia Union lead to 56-50.

BSU’s Brown recorded another conventional three-point cutting the Panthers lead down to five at 56-53. The Bulldogs narrowed the gap to 58-55 on short baseline jumper by redshirt sophomore David Belle (Hyattsville, Md.).

It appears every time Bowie State threatened, Virginia Union would stave off the threat. With the Bulldogs trailing 63-57, Bowie State head coach Darrell Brooks had no choice but to insert Jamison and his four fouls back into the game at the 2:50 mark. Bowie State managed just one field goal over the final 3:13 of the game.

Cooley and Hughes led Virginia Union with 17 points each and James Paige tallied 12 points. Hughes also led the Panthers on the glass with eight rebounds.