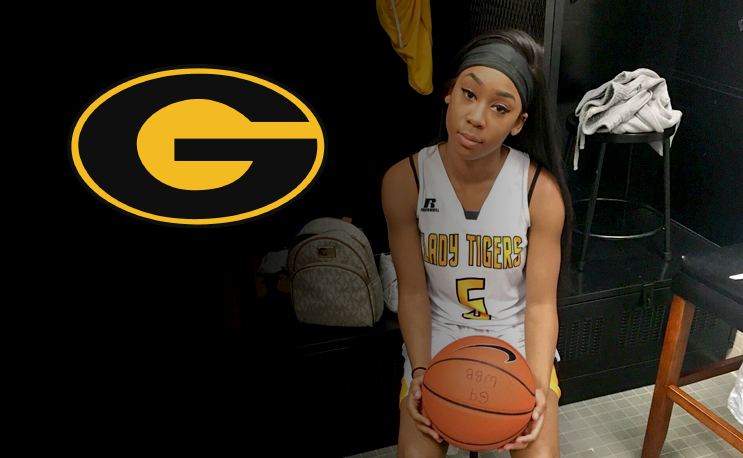 Grambling State’s Shakyla Hill recently went viral, but also saw the bad that comes with the good of doing so.

On January 3, Grambling State’s junior guard Shakyla Hill took to home court and put on a show that made history. With 15 points, 10 steals, 10 rebounds, and 10 assists, Hill put up a quadruple-double, which is just as rare as it sounds. Hill became just the fourth woman in NCAA Division I basketball to do it, with the last one coming in 1993. She also became the first HBCU athlete, man or woman, to record a quadruple-double in NCAA Division I basketball.

As expected, Twitter erupted with Hill’s name and stat line. Hill received recognition from several sports outlets such as SportsCenter, Bleacher Report, and the WNBA. She also received kudos from NBA stars Chris Paul and James Harden. Lebron James, whom Hill awaited a comment from, also sent respect on her dynamic performance in an interview.

Hill was showered with appreciation, and recognition for her performance. Scrolling the comments of these viral sports handles congratulating her, however, they are flooded with sexism, misogyny, and ignorance. Sent out partially by troll accounts with meme avatars, the comments ranged from comments regarding Hill needing to be “in the kitchen,” to just blatant hating, to saying her accomplishment is invalid because she is a woman.

“I probably only read maybe like, four [comments] from the SportsCenter one,” Hill told HBCU Gameday. “And then I was like, yeah, I can’t keep reading this. This is too much.”

Individuals even took it as far as to directly message Hill with lewd comments. You can find the message and her reply on Steven J. Gaither’s Twitter.

When some bold users confronted the tasteless comments, the rebuttal was commonly “it’s a joke.” The questions are, were these jokes ever really funny, why are they still being made, and when do they end?

Resilience On and Off Court

Hill is very aware of the bad that comes with the good, but says she chooses to keep her eye on the prize instead of feeding into the hate.

“Most of the time I completely ignore and disregard them because I know if I let them get in my head, it’ll kind of get me down to know that people actually think that about the sport that I love so much,” she said.

Hill says she is typically told that she should be in a kitchen or a housewife because of her looks. While recognizing she is an attractive woman, make no mistake, Hill wants her due respect for how she plays the game rather than instantly profiled. Hill also mentions that she has a little sister, so she tries to make it known that no matter how you look, you can do whatever you put your mind to with hard work.

“Instead of people respecting my game, moreso for how I play, most people look at how I look, so they disrespect me right off the bat,” Hill said. “If you work hard and you want to be a great basketball player, you shouldn’t be judged by how you look or whatever else people judge you off. You should just be judged off your game, precisely.”

Hill’s situation shines a ray of light on the big reoccurring problem of women’s athletics: not being taken seriously like men’s. For years, a segment of the population have found joy in making mockery of women’s sports and confining women athletes to an archiac housewife perspective. The WNBA has always been a punchline in not being a sport, but with no reasoning except the sex of the players.

“Women’s basketball is not that respected,” Hill said.

She is correct. The problem of disregarding athletes because they are women is not a new one but has been around so long, it has become accepted and seen as comical and not harmful. This problem travels outside of women’s basketball and affects women at every level of athletics. While dominating tennis for well over a decade, Serena Williams has been proactively battling the issues associated with being a woman athlete, including but not limited to discrediting of accomplishments and body-shaming. It has nothing to do with the level of game, obviously. Just who is playing it.

Where We Go From Here

Recognition is futile to diffusing ignorance. Once you have sight of the problem, you take the required steps to solve it. One necessary step for progress is men and women uniting and uplifting women athletics.

“I think other men should also speak up on it, and it shouldn’t just be women defending theirselves, it should be men defending women,” Hill said. “I really do think that’s a problem that should be spoken upon.”

Twitter user MagnifiedKen took the first step and recognized the horrid comments and was disgusted by it. Deciding to speak up, he turned the negative situation into an opportunity to get Hill more shine by replying to trolls with highlights of Hill in-game.

Y’all got all these crazy kitchen jokes but THIS is Shakyla Hill @shakylaa_ and I bet can’t none of you chumps move like this with the ball. 🐐🤷🏾‍♂️🤧 pic.twitter.com/payllyoH4N

Her highlights ended up receiving more interaction than the scrutiny.

Though masked as humor, these outdated comments are cruel. Women work just as hard as men to excel in athletics and deserve just as much recognition and respect. Progression is seeing a stat line as amazing as a quadruple-double and giving props, whether man or woman. You repeat this process again, and again, until it’s the norm, and the point is made clear: it does not matter if a man or woman is shooting, good game is good game.