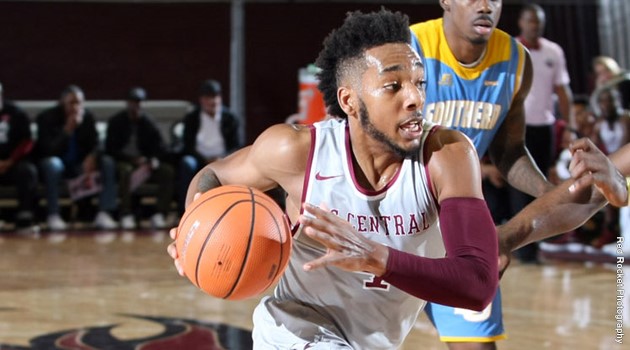 North Carolina Central is still a work in progress, and part of the process is keeping young players heads in the game.

North Carolina Central coach LeVelle Moton just has a way of painting a picture with his words that most coaches only dream about.

Take his comments after his team’s 65-64 win over Norfolk State on Monday night. His young team, featuring freshman guards Joran Perkins and Reggie Gardner, came back from a 10-point deficit to beat its MEAC rival.

Moton spoke candidly about the difficulty of keeping his young team’s head in the game at all times.

“Man I love them, but they’re driving me crazy,” Moton said.

He pointed to freshman guard Jordan Perkins as an example of how tough it can be for a young player to be focused as he starts to get love in and around campus. It’s something that Moton knows first hand.

“I told him North Carolina Central is a really strange place, because once you arrive, regardless of the chip that was on your shoulder… It’s a lot of things on this campus that can soften you up if you know what I mean,” Moton said. “Starting with our ratio… (of men to women).”

Moton says that more than anything, the outside stuff is tough to compete with.

Perkins scored four points and dished out seven assists, but was just 2-for-5 from the free throw line.

“And you know that’s tough when you’re re-tweeting your articles, and you’re freshman of the week and you know…somebody is liking your comments and posting,” Moton said. “And you’re walking through the cafe with your sweatsuit on and you a little cuter than you were in August and all of those things.”

Moton called out freshman Reggie Gardner as well, specifically for the way he competed on defense at certain points in the game.

“I’m always gonna challenge him on that, because this program wasn’t built on finesse, it was built on the grind.”

Luckily for Moton, he doesn’t have to rely solely on freshmen. Senior big man Raseean Davis had a big night on Monday, scoring a career-high 23 points and grabbing 10 rebounds. But even he wasn’t immune from criticism after the game.

“It starts with him. He can’t be stagnant. His energy level has to be up,” he said. “He’ll score 23 points in his sleep, he’s talented enough to do that, but he’s gotta rebound the basketball better and I challenged him on that. You only had three defensive rebounds and you’re the tallest guy out there.”