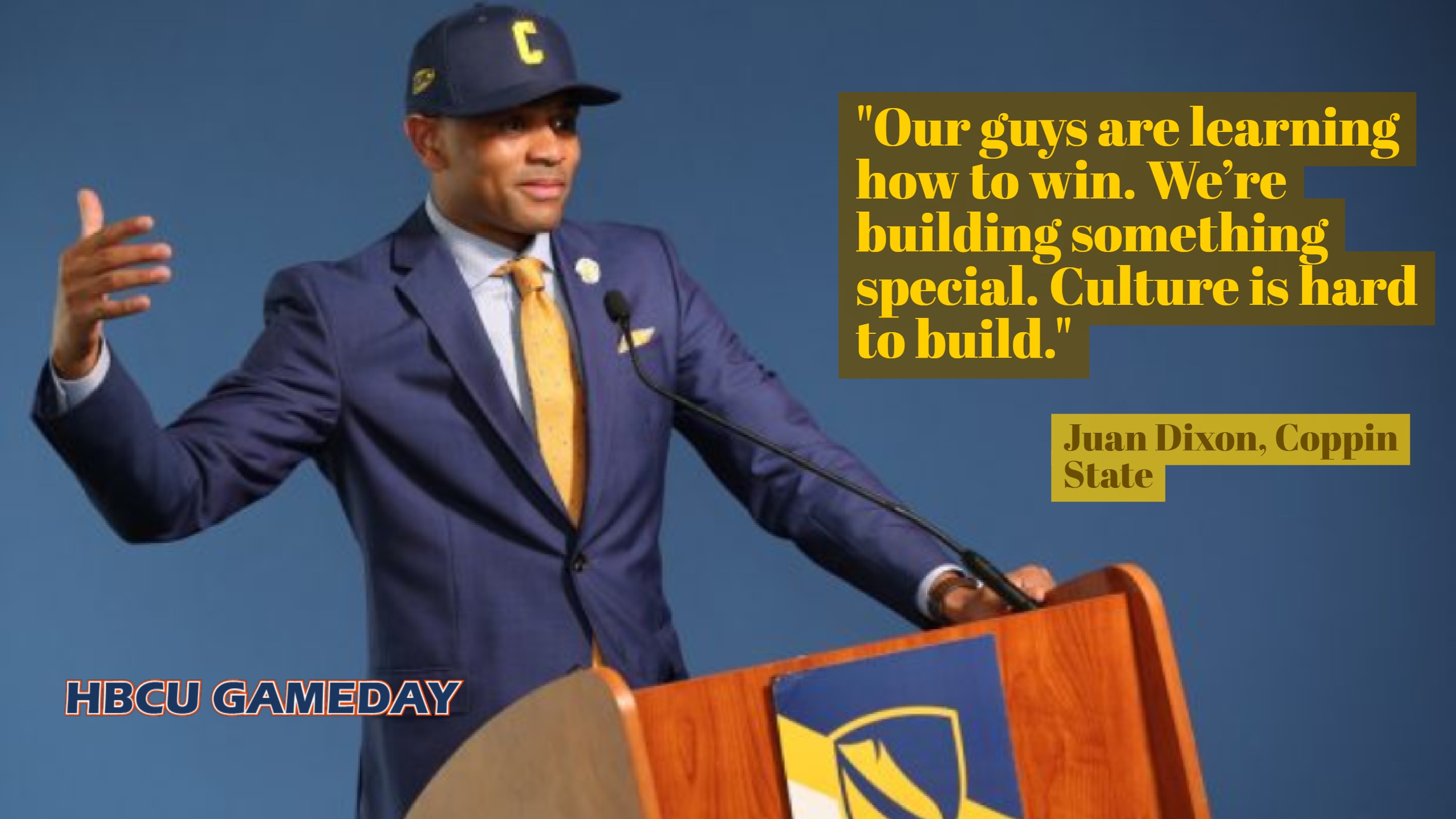 Coppin State finally gets first win over the year in double overtime thriller against Florida A&M.

Coppin State made a lot of noise last year when it hired former Maryland legend and NBA player Juan Dixon as its new head coach.

There has been little to get excited about since the season began, however. CSU lost its first 17 games of the season, including the first two in MEAC play. But Dixon and Co. finally broke through on Monday night, beating Florida A&M 79-78 in double overtime to get their first win of the season.

“We grew up tonight,” Dixon said after the game. “We had to keep fighting. The guys did. We battled injury, the guys stayed strong…I’m just so happy right now.”

🏀How sweet it is! Juan Dixon's first win at @CoppinStateUniv will be memorable. Double-OT over FAMU. Dixon says that they are building something special at Coppin State.🏀 pic.twitter.com/dYwI6bjkmf

Chad Andrews-Fulton led the way for Coppin State with a team-high 19 points and grabbed nine rebounds. Four other Eagles finished in double-figures as the Rattlers gave them all they could handle in a tough game.

“He executed our principles at a high level,” Dixon said after the game. “Everything he gets around the basket, pick-and-roll…he plays the right way.”

It was the first win for Dixon as a Division I men’s head coach. He made his coaching debut last season as women’s basketball coach at the University of the District of Columbia. The former All-American couldn’t contain his excitement as he basked in the glow of the milestone.

“It’s hard to win. We tried to keep our guys motivated. We played our first two MEAC games competitive, but it’s hard to win. Our guys are learning how to win. We’re building something special. Culture is hard to build.”