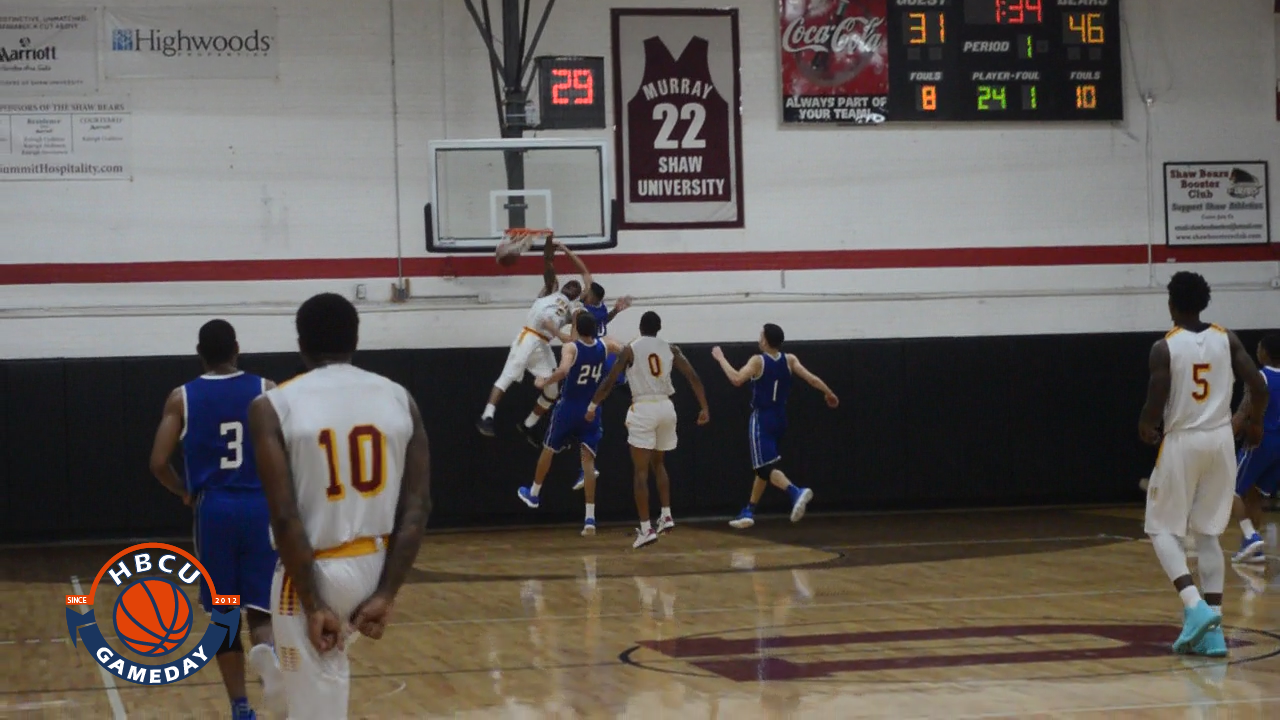 Shaw’s DeAngelo Stephens-Bell (Jacksonville, FL) scored a game-high 26 points, including 19 in the second half to lead all scorers. He finished with eight rebounds, three assists and two steals while senior Savon Goodman (Philadelphia, PA) hauled in 24 points and 13 rebounds – his seventh double-double of the year.

Shaw shot 55-percent from field goal range that led to the comeback and an overall 46-percent for the game compared Bowie State’s 27-percent shooting in the second half and 29-percent for the contest.

Shaw fought back to start the second half with a 13-5 run to tie the game 40-even at the 15:12 mark but after four lead changes and the game knotted at 55-55 with 4:39 remaining, the Bears took a 4-1 advantage to stand 59-56 as the clock displayed 34 seconds left. However, the Bulldogs did not flinch as Ahmaad Wilson drained a 3-pointer to tie the game at 59-59, sending the game into overtime.

In the extra five minutes, the Bears scored eight unanswered points, taking a 67-59 spread as the Bulldogs had no answer for Shaw defensively, forcing the Bulldogs to call a timeout with 2:37 left to play. BSU hit a 3-pointer at 1:36to pull within five but the Bears outscored BSU 6-2 down the stretch, including back-to-back dunks for the triumph victory.

Cameron Hayes led the Bowie State in scoring with 13 points and six rebounds while Saiquan Jamison finished with 10 points and 16 rebounds in the loss.

Shaw will travel to Lincoln (Pa.) on Monday, Jan. 8. for a CIAA cross division contest at 4 p.m.”