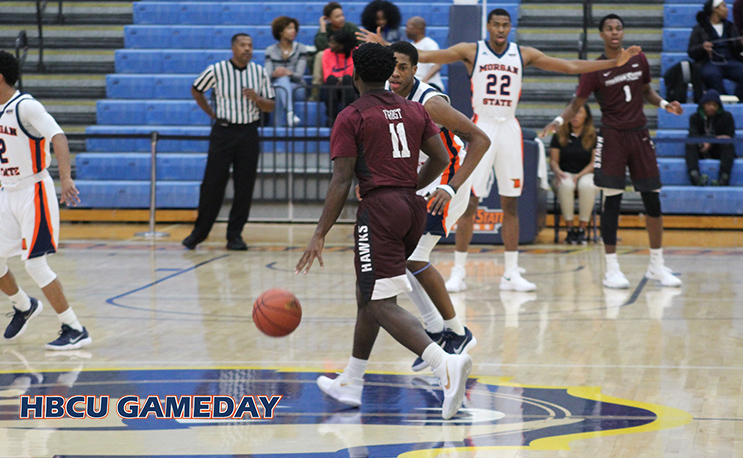 Ahmad Frost put up 33 points to help Maryland-Eastern Shore beat Hampton for its first MEAC win of the season.

After a tough loss to Morgan State in its MEAC opener on Monday, Maryland-Eastern Shore got a big game from Ahmad Frost to beat Hampton 92-83 at home on Saturday.

Frost scored 33 points, 23 in the first half alone. The Hawks also got big games from Tyler Jones, he had 28 points and nine rebounds, and Miryne Thomas (16 and 9) to improve to 5-12 on the season.

UMES jumped out to an 11-6 lead early and rode Frost’s hot hand as he hit six of his seven 3-point attempts in the first half. Jones added 13 in the first half, helping his team jump out to a 50-41 halftime lead.

After going for just ten points in the first 10 minutes of the second half Frost hit a big three-pointer to end a Pirate run.

Jermaine Marrow led Hampton with 19 points on 8-for-17 shooting. Malique Trent-Street came up with 15 points and 10 assists with just two turnovers.

Hampton heads to Washington D.C. on Tuesday to take on rival Howard.