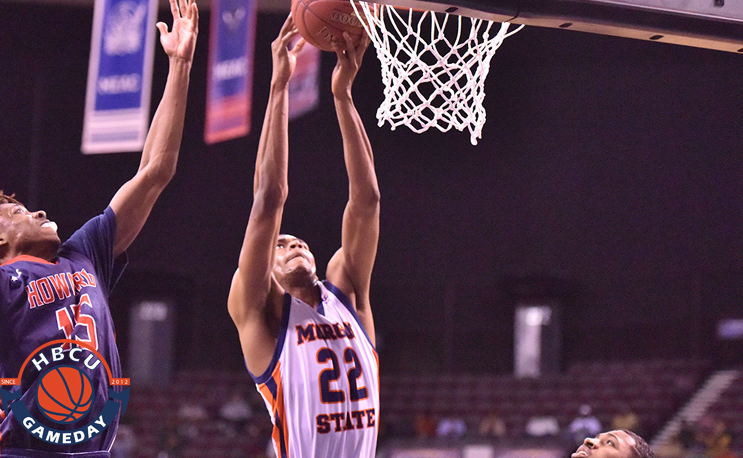 Morgan State’s 1-2 punch of Tiwan Kendley and Phillip Carr nearly outscored FAMU by themselves on Saturday in Baltimore.

Their two names together sound like a legal team, and they are definitely laying down the law in the MEAC.

Morgan State beat Florida A&M 87-68 on Saturday in Baltimore to improve to 2-0 in the MEAC. MSU’s Tiwian Kendley and Phillip Carr combined for 67 points, with Kendley scoring 35 and Carr adding 32.

“With Phil [Carr] and Tiwian… that’s why we got picked to win the conference,” Morgan State’s Todd Bozeman said. “Those guys should do that, whether it’s that many points, they should lead us because they’re two first team all-conference players. They should be those kind of guys for us.”

Morgan jumped out to a 20-5 lead in the first seven minutes of the game and never looked back.

Kendley’s performance marked a season-high and third time in his five games this season that he’s eclipsed the 30 point mark. He’s averaging 30.8 points for the season.

Carr’s 32 came about as efficiently as you can hope for. The 6-9 senior from Brooklyn, NY hit 11 of his 13 field goal attempts as he scored better than 25 points for the third time in his last seven games. He also blocked two shots and grabbed nine rebounds.

“It was good to see those guys get comfortable and get into a rhythm, Phil in particular,” Bozeman said. “He hadn’t scored like that all year, but he’s starting to get a rhythm. We just have to defend and we need more help from other guys coming off the bench.”