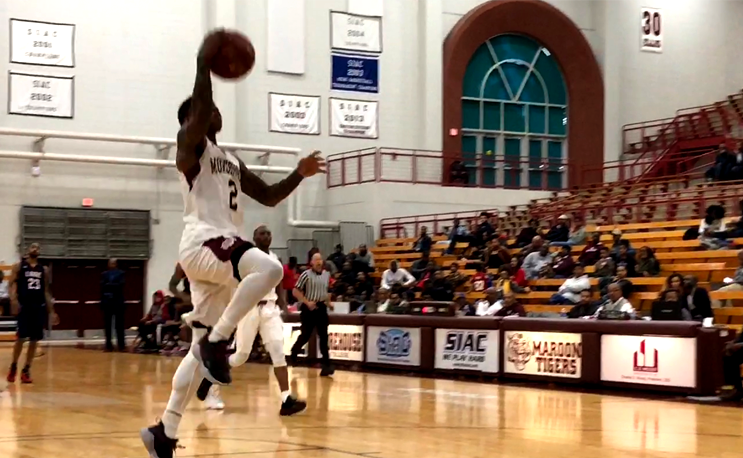 Plus a look ahead to a big Monday night schedule.

The first complete weekend of conference play in HBCU Hoops is in the books and it was a weekend of streaks, streak-busters, and overtimes. You can check out all of the scores from the SWAC, MEAC, CIAA and SIAC quicker than a television timeout.

It was civil war weekend with the Northern teams hosting their Southern counterparts in the CIAA.  St. Augustine’s and Shaw worked some Raleigh magic on their road trips while the North held serve everywhere else.

The only Southern team to score a road win on Saturday was Winston-Salem State University. It wasn’t easy either as the Lady Rams needed overtime to get the win at Chowan. The only other game that wasn’t a double-digit final was St. Augustine’s and Lincoln, an eleven point win for Lincoln.

Morgan State was one of the favorites to win the MEAC and so far they haven’t disappointed.  Maryland Eastern Shore turned a few heads with its win over Hampton and Bethune-Cookman and Howard arguably had the game of the day.

Hampton had a record-setting day as David Six became the all-time winningest coach in program history. Bethune-Cookman headed north for a close win in the nation’s capital.

The CAU women weren’t as fortunate in keeping their unbeaten streak alive in the SIAC.  LeMoyne-Owen worked some magic on the court Saturday afternoon for the big win. Miles and Kentucky State pulled out close wins while Claflin and Spring Hill mashed the gas.

Don’t let the out of conference schedule fool you, Texas Southern is for real and unbeaten since SWAC play began. Grambling and Alabama State get back on track and Jackson State and UAPB win close games.

The Grambling women have been in the spotlight all week long but they come back down to earth at Southern. Close win for the Lady Bulldogs and JSU pulls off a sweep of Alcorn St. this weekend. The Hornets sting and the Panthers prey.

It was a mixed bag of results for Tennesee State, the women prevail and the men fall to Tennessee Tech.

🎥 Check out our highlights from tonight's win against Tennessee Tech! #BigBlueRising pic.twitter.com/6sEQLaeedx