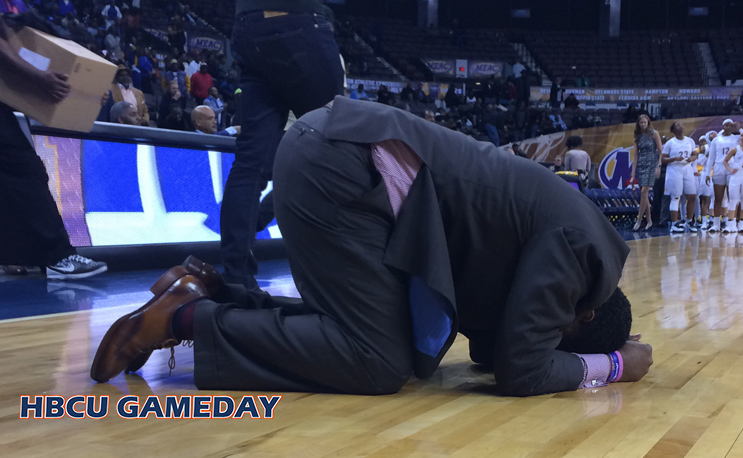 Hampton women get win in MEAC opener over Maryland-Eastern Shore.

Down four early in the fourth quarter, freshman LaShayla Wright-Ponder hit from the low blocks, breaking through the UMES zone and after a steal by Monnazjea Finney-Smith, Ashley Bates got a look along the baseline behind the Lady Hawk zone. She was fouled, and hit one to bring Hampton (4-9, 1-0 MEAC) within a point.

Bates worked the baseline through much of the game against the zone defense, scoring 13 points on the afternoon, one of four Lady Pirates to finish in double figures.

K’lynn Willis’ free throw a moment later tied the game and she came up with a steal in the full-court press, converting a clean breakaway layup to give the Hampton a 49-47 lead with 7:35 left – the Lady Pirates’ first lead since holding a 13-12 edge late in the first quarter.

Willis finished with a season-high 16 points in the game – 12 of which came in the fourth quarter – while dishing out four assists.

The Lady Hawks (3-11, 0-2 MEAC) cut into the lead and had their deficit down to one point four times over the next three minutes, but the Lady Pirates pushed their edge back to five on a pair of Wright-Ponder free throws with 2:38 left on the clock and the stifling Hampton defense forced a traveling call against Keyera Eaton which resulted in another chance from the free-throw line for Hampton where Willis hit both pushing the lead to 64-57 – matching the largest lead of the afternoon for Hampton.

The Lady Hawks had one push left, with a three-pointer from Ra’Jean Martin on the left wing, cutting their deficit to 65-62 with 1:25 left, but the Lady Pirates sealed the victory with a free throw from Willis and a drive and dish from the junior, setting up Wright-Ponder for an easy bucket, before another two free throws from Willis to seal the win.

The final bucket for Wright-Ponder capped a 17-point afternoon, which marked a career high, playing in only the fourth game of her career.

Hampton locked up the win from the free-throw line, connecting on 77 percent (14-of-18) of its tries from the charity stripe in the final 10 minutes, and making just over 71 percent for the game.

The Hampton women will head to Howard University for their next MEAC contest, originally slated for Monday, the game has been postponed to Tuesday, January 9 and will tipoff at 5:30 p.m.