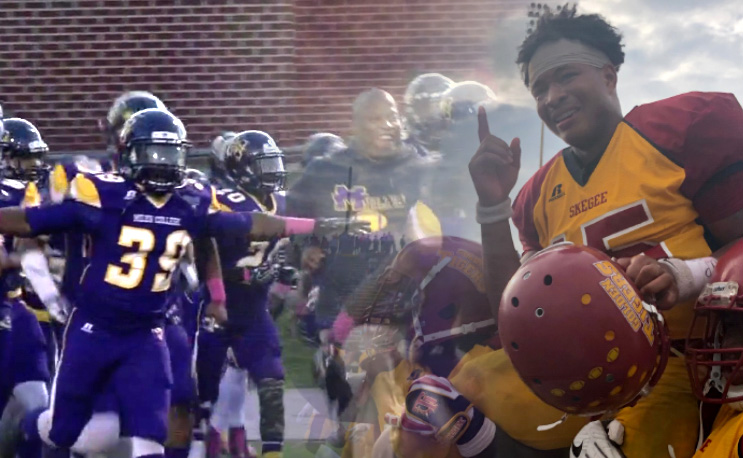 These two rivals will end the regular season with championship on the line.

The talk itself is worth the price of admission, so hopefully, the 61st meeting between Miles College and Tuskegee University will live up to the hype.

The only prediction we're going to make is… pic.twitter.com/JkGC6zos77

Anyone who follows the SIAC closely on social media knows that the talk between Miles, Tuskegee and Morehouse College on Twitter is 100% shade 100% of the time. Always above board and always creative, but those Twitter fingers won’t throw any passes or make any tackles on Saturday, they’ll just provide the commentary.

Osband Thompson will be playing and certainly be making tackles for Tuskegee.  The senior linebacker has 112 tackles so far this season, which leads the nation. No one else in the SIAC even has 80 tackles.

Thompson will look to wrap his arms around Justin Hardy all afternoon.  The running back from Miles is the only 1,000-yard rusher in the conference thus far, with Kentucky State’s Brett Sylve the only other player with a decent shot at the mark.  He’s at 909 yards with one game left.

Jamarcus Ezell has settled in at quarterback for Tuskegee after missing a few games earlier in the season.  Ezell is the third most efficient quarterback in the league, mainly because of his ability to protect the ball.  His 43% completion rate isn’t anything to write home about but he’s only thrown four interceptions this season, which ranks among the top for starters in the conference.

Miles had a quarterback competition heading into the season that really didn’t get settled until Joseph Cambridge took the job over full time in October.  The team is 4-0 since that point and the offense is averaging just a tick over 34 points per game.  In four starts Cambridge has thrown for five touchdowns and zero interceptions. Who knows how those numbers would have looked over the course of nine games, but so far so good for Cambridge.

More than bragging rights will be on the line Saturday, the winner wins the west division and clinches a spot in the SIAC Football Championship to face Fort Valley State.