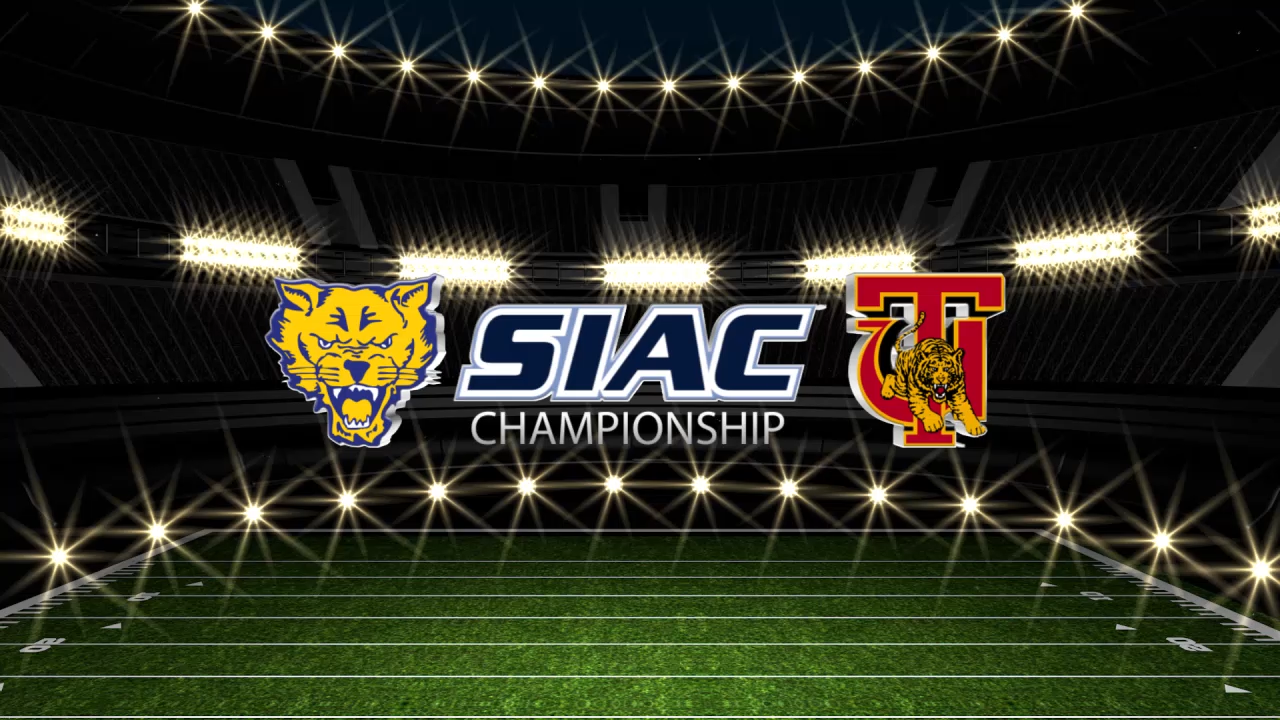 Ft. Valley State and Tuskegee will meet on November 11th.

The final week of the regular season in the SIAC turned out to be not much of a nail-biter after all.  Tuskegee versus Miles was set up to be like a 1980’s loser leave town wrestling match, but the Golden Tigers put the submission hold on early in this one.  Now they are headed back to the SIAC Championship.

Osband Thompson, the nation’s leading tackler, also showed that he can play a little DB as well, picking off Miles College’s Joseph Cambridge to start the game.  It was the first interception thrown all year by Cambridge who would later be benched.

#Tuskegee set the tone early in the game against #Miles by forcing J. Cambridge into his first interception of the year. Still a lot of game left to be played. pic.twitter.com/PcgeDmOkRZ

That led to an ensuing touchdown to put Skegee up 7-0, another example of the Golden Tiger defense putting its offense in a good position.  That’s been a hallmark for TU all season long.

Tuskegee pulls away after 1st quarter

Cambridge did put together a 58-yard drive before leaving the game to take the lead 7-6 but that would be the last lead for Miles on the afternoon.

A 27-yard touchdown by Hoderick Lowe put Skegee up 23-7 in the second quarter and it was a 23-13 ballgame at halftime.

Three touchdowns in the third quarter put the game on ice for Tuskegee and once it was all over, the Golden Tigers were standing tall with a decisive 50-20 win over Miles College.  It’s been quite a journey for Tuskegee who early in the season didn’t look like itself at all offensively, but as I wrote earlier in the year, Willie Slater didn’t forget how to coach football.

Up next is Fort Valley State in the SIAC Championship game.  The Wildcats just purred along in the Fountain City Classic not showing its hand or much of a fight against Albany State, losing 34-9.  The Wildcats had nothing to play for, with their championship berth already set and to this point, it hasn’t been a contender in the regional rankings that determine Division II playoff spots.

Not saying it didn’t want to win but the bottom line is the Wildcats are in the SIAC Championship game for the second year in a row.  This will be the first time that Kevin Porter has faced Tuskegee since taking over at Fort Valley State two years ago.