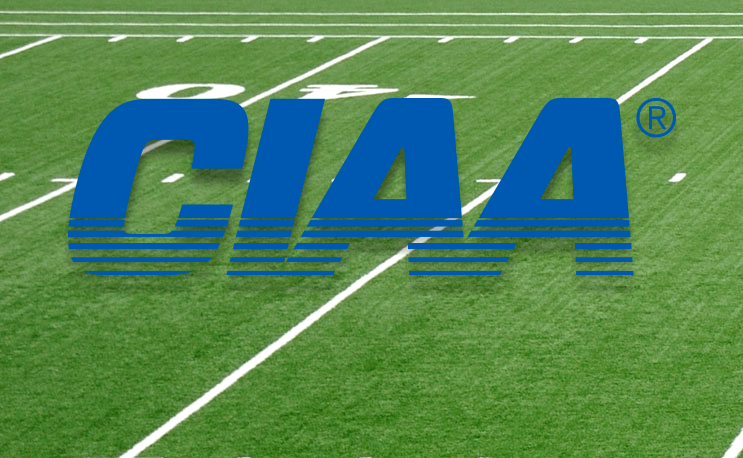 Head Coach Reggie Barlow led the Trojans to a 47-35 victory over Bowie State, in front of one of the largest VSU Homecoming crowds to date. With the win, VSU not only remains undefeated with a 6-0 record but also moves to the #1 spot in the CIAA Northern Division.

Offensively, the Trojans were led by Cordelral Cook with 234 passing yards, completing 13-of-21 passes and 2 touchdowns.

Center Calvin Montgomery anchored a Falcons’ offense which gained 148 rushing yards against Winston-Salem State, which has one of the CIAA’s top rush defenses. The Falcons defeated the Rams 17-14.

And DOWN GOES (CIAA South) FRAISER! St. Aug hangs on for a 17-14 win over WSSU. pic.twitter.com/LN5YabroV9

Reavis caught five passes for 129 yards and three touchdowns in VUU’s 35-10 win over Chowan University on Saturday. It marked the first time this season that a single receiver has had three or more touchdown catches in a single game. The last Panther player to achieve the feat was Lavatiae Kelly, who caught three touchdown passes against Saint Augustine’s University on October 1, 2016.

The “Cannon Watch” continues as senior Trenton Cannon helped lead the Trojans to a 47-35 VSU Homecoming victory over BSU with 19 carries for 239 yards and a touchdown.

Hammond had a team-high 11 tackles and hauled in his fifth interception of the season.

Recorded 15 tackles and forced a fumble in the victory over Lincoln (PA). He also recorded five tackles for loss and a sack during the contest.

Morton had a team-high 11 tackles against Chowan.

Donshel Jetton had a big game behind Stevie Green and finished the 41-16 win over JCSU with 168 all-purpose yards. In addition to 63 yards rushing on 12 rushes, Jetton also had 25 receiving yards and 80 kickoff return yards on two (2) returns. His longest KO return was for 53 yards. Before the day was complete, Donshel rushed for 2 TDs.