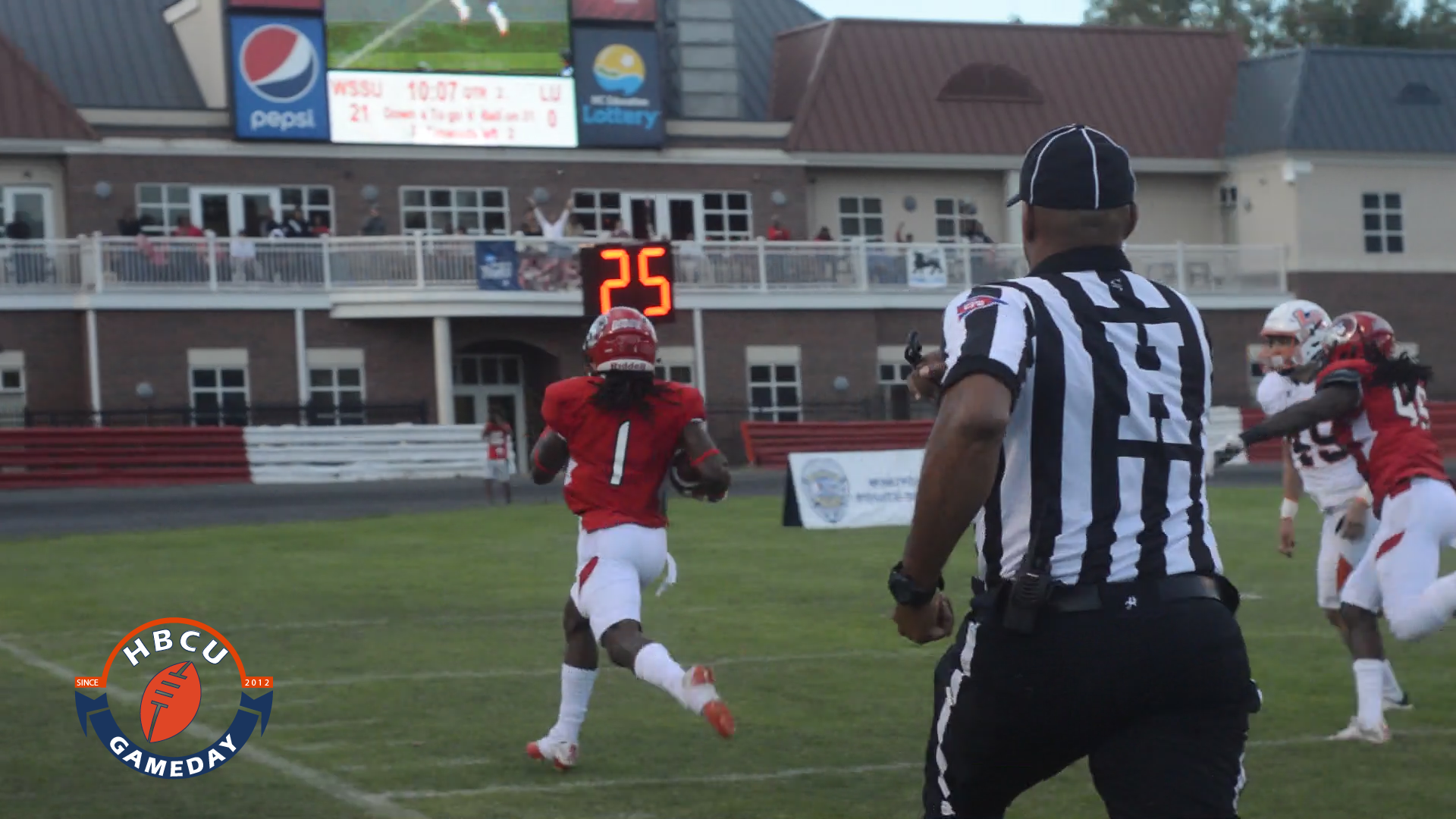 Winston-Salem State finally got a gimmie against Lincoln after running the gauntlet in its first four games.

After a tough first month of the season, Winston-Salem State finally got an easy win to end the first half of the season. WSSU dominated winless Lincoln, scoring in all three phases of the game for a 48-0 win.

“It felt good, you know, coming off the loss from Virginia State last week,” WSSU’s Canard Brown said. “We had no choice but to get better.”

Brown did his part to help WSSU rebound from the overtime defeat, scoring on a 95-yard kick return to open the game and a 72-yard punt return to give WSSU a 28-0 lead early in the second quarter.
[postBannerAd]
In all, WSSU scored a total of four non-offensive total downs, as Daijon “Kuntry” Carson recovered a blocked punt and Tyron Roberts rumbled for a 39-yard score off of a fumble recovery to help the blowout effort.

WSSU’s offense did enough to contribute, as Rod Tinsley threw for just 48 yards but ran for two scores. Freshman Farrell Murchison added the game’s final score in the fourth quarter to help his team improve to 3-2.

Kerrion Moore doesn’t get in but Rod Tinsley Jr does, @WSSURamFootball up 21-0 early in the fourth pic.twitter.com/Q9eac2mQUE

Roberts was dominant on the defensive line for the Rams, recording seven tackles (six solo) and two sacks to go along with his fumble recovery. Carson had seven tackles and broke up three passes. The defense as a whole had five sacks and nine tackles for loss.

Lincoln fell to 0-5 as it prepares for play in a tough CIAA Northern Division.

WSSU will begin its quest for a seventh-straight Southern Division title next week against Johnson C. Smith, a team it has not lost to in over 20 years.