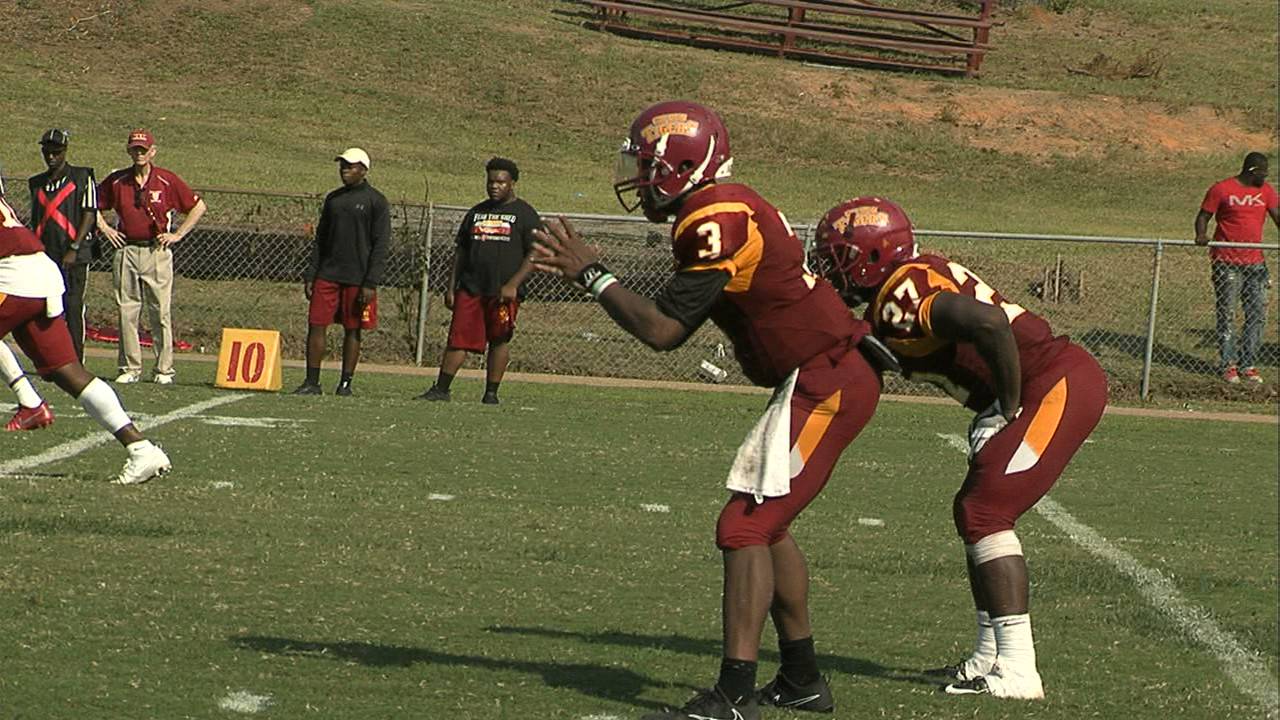 Sophomore called to start two days ahead of crucial game.

Sophomore quarterback Ahmad DeRamus found out he was getting to start just two days before the game against Clark Atlanta. A dream come true for a young man who hadn’t started a game since High School.

“Couldn’t be more proud, I worked real hard and he just trusted me.  I love Coach Slater for trusting me,” DeRamus said on the field after Saturday’s win.

The Tuskegee defense was the difference maker of the game without a doubt.  They put 16 points on the board in the first quarter and created a key CAU turnover at the end.  But Willie Slater approved of the job that DeRamus did under center and that means something.

“I thought he did really well considering this was his first start ever at Tuskegee University.  He was pretty calm out there, he made some good decisions, he made some bad decisions too, that was to be expected,” said Slater.

Coach Slater has never minced words about the performance of his team or players.  So when he says he likes what he saw, there’s no coded “coach speak” to sift through.  He mostly kept pace with preseason player of the year Johnathon McCrary who threw for 155 yards, one touchdown, and an interception.  DeRamus was 6-12, 124 yards with one interception.  The biggest offensive play of the game goes in his back pocket as well, a 61-yard laser that set up a rushing touchdown.

DeRamus may or may not start again this weekend. Jamarcus Ezell started the week in concussion protocol and Slater made it clear that his availability will be determined solely by the athletic training staff.  Either way, Ezell will be there to support his backup, probably offering the same encouragement he did before Saturday’s game.

“He told me that he loved me man and I was his brother. I tell him the same thing anytime he starts the game.  I’m just thankful for that guy, I love him and I appreciate all the support he’s given me,” DeRamus said.

Slater might continue to find playing time for the backup after Ezell is available again.  Kevin Lacey was the SIAC player of the year last season but Ezell still took plenty of snaps at crucial moments.

The kid from Gadsden, Alabama, won’t hesitate whenever it’s his time.  I’m pretty sure of that.