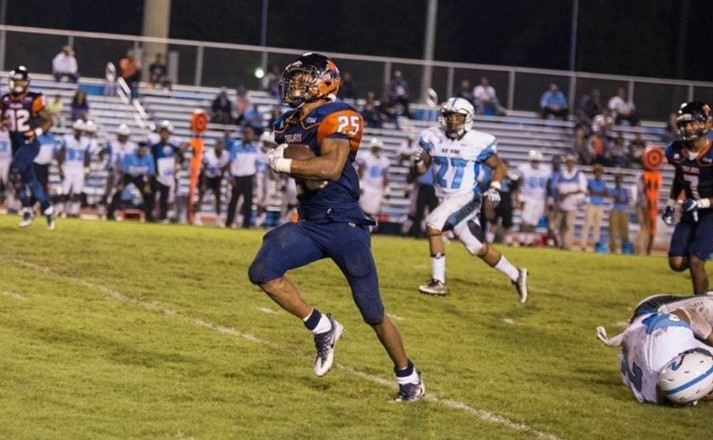 Stellar week for the Northern Division.

The CIAA Football Awards for week two were announced as Monday, they are as follows.

Nalls anchored an offensive line which allowed VUU to rack up a total of 425 yards in the Panthers’ 31-23 win over Newberry on Saturday in Hovey Field. VUU gained 249 yards on the ground and 176 yards in the air.

Boyd caught 7 passes for 93 yards including a 23-yard touchdown catch vs. Carson-Newman.

Cannon had a total of 193 total yards and 41 receiving yards while running in for two touchdowns.

Bright had an outstanding game versus Bowie State, finishing with 14 total tackles. Bright had 11 solo tackles and three assists in the Rams loss. He also had one sack and one tackle for a loss to go with two quarterback hurries.

Carson converted all four of his PAT’s against the Rams and booted a 36-yard field goal in the Bulldogs 31-13 road victory at Winston-Salem State. He averaged 56.3 yards per kickoff and had one touchback.

Head Coach Wilson and the Bulldogs knocked off #19 Winston-Salem State by a score of 31-13 on Saturday on the Rams home turf and improved to 2-0 on the season.