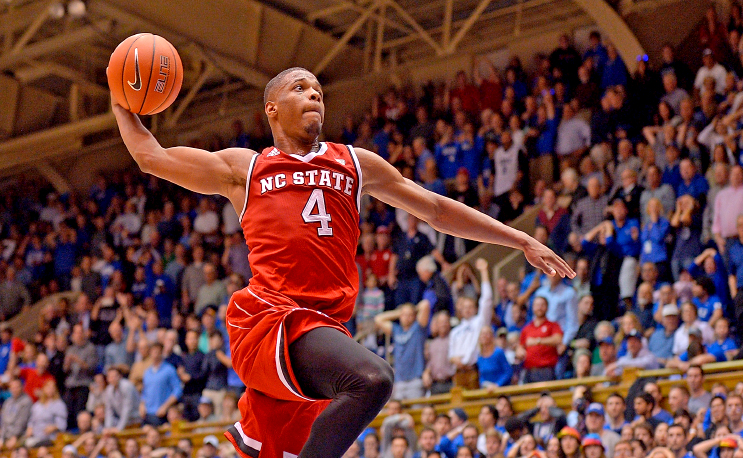 Dennis Smith took his talents to the NBA but he’s got plenty of love for his local HBCU.

Dennis Smith Jr. included Fayetteville State in his top ten list of college choices as a sign of respect before choosing NC State.

As the fourth ranked player in the nation coming out of high school, there was no way he would pick a CIAA school over an ACC school. That’s no slight to HBCU basketball but we all know how the game works with these kids who will be in the NBA before they even get a chance to pick up the Freshman Fifteen.

Now a member of the Dallas Mavericks, Smith literally grew up on the campus of Fayetteville State as a kid.  He worked out at the campus stadium running with his father for conditioning, and spent thousands of hours at the Seabrook Recreation Center; a stone’s throw from campus.

This no secret to people around Fayetteville but Smith made sure the world knew about his love for Fayetteville State on Thursday during #ADaywithDennis on the NBA’s twitter feed.

“They didn’t kick us off-campus when we used to come out here.  They use to look out for us.  That’s a shout-out to Fayetteville State, the top HBCU in the country,” Smith said while standing in the bleachers of Luther Jeralds Stadium.

Smith ended up playing at N.C. State for one season before being drafted by ninth overall by the Mavericks in June. Despite being an ACC guy Smith still showed his respect for HBCUs, most famously during a post game interview when he donned an “HBCUs Matter” sweatshirt.

His current coach, Rick Carlisle came to Smith’s hometown to spend some time with him last month.  One of the stops that the two made was to Fayetteville State where they posed for some photos in Capel Arena with football coach Richard Hayes and a few other people.

You'll never know who you might run into in @FSUBroncos Capel Arena. Some of the best athletes and coaches on all levels. pic.twitter.com/p8vlcogQpQ

There will always be a sentiment that if players of Smith’s caliber wanted to do something for HBCUs they should simply attend.  We aren’t there yet but it’s hard to argue with the love that he has shown for his hometown HBCU.